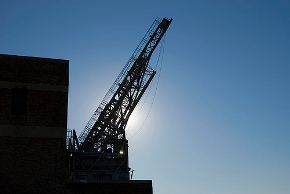 Yesterday, the city announced a number of measures to crack down on unsafe contractors and prevent any more horrific accidents. So far this year, fifteen construction workers have died on the job--twelve died in all of 2007.

The measures, which you can read here, include having a concrete site safety manager present, meeting prior to erecting cranes, and assigning a safety monitor to "jobs with multiple immediately hazardous safety violations, or otherwise poor safety records." Mayor Bloomberg said, "Our priority is not to balance two competing forces — economic development and safety. It is — it has to be — safety." And City Councilwoman Jessica Lappin, whose district has seen March's and last Friday's fatal crane collapses, said, "We owe it to every New Yorker to restore confidence in DOB, to make our communities safer and to prevent other tragedies from happening."

However, Manhattan Borough President Scott Stringer doesn't think the measures go far enough, though they are a good first step, "No one is asking the fundamental question: 'Can they do it?' Nobody is asking, 'Do we have the trained personnel today that is necessary to do this job?'"

And former Department of Buildings Commissioner Patricia Lancaster, who resigned in April after a series of high-profile accidents, has taken a job with developer Durst. A Durst spokesman said, "She was hired to help us understand the new city building code," which makes sense, since she helped draft it.