Like George Bluth Sr. used to say, there's always money in the proverbial banana stand—and nobody knows that better than the gov'ment. NYC is making bank off fines on small businesses these days: According to Public Advocate Bill de Blasio, budget revenue from fines has nearly doubled over the past decade to $850 million. "Fines have been increasing for so long it’s become de facto City policy," de Blasio said today. "We need answers about what this ‘fine-first, ask questions later’ enforcement is doing to our small businesses and their ability to survive in this economy." To get answers, he's suing the city.

In a lawsuit filed today, de Blasio accuses city agencies of stonewalling him in his attempts to get records detailing the soaring fines. De Blasio says that out of six City agencies (Departments of Consumer Affairs, Health, Transportation, Buildings, Finance and Sanitation) contacted on May 8th about fines, none have provided the requested information. So he's suing under Section 24 of the City Charter, which grants the Public Advocate “timely access to those records… necessary to complete investigations, inquiries, and reviews."

A spokesman for Mayor Bloomberg tells the Times that the increase in fines is simply the result of increased enforcement of safety and health regulations. "Restaurants are cleaner, construction sites are safer, fires have come down, and our streets are cleaner and safer than ever,” says the spokesman, Marc LaVorgna. "That is a result of enforcing the regulations we have put in place and the laws the Council has passed." LaVorgna also insisted the city would have all the data for de Blasio compiled soon, and that most of the increase in fines over the last decade came from tickets issued to drivers. 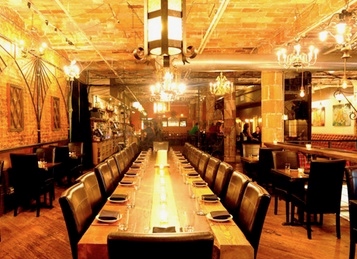 But we've heard from multiple bar and restaurant owners who say overzealous Health Department inspectors have left common sense behind. After a DOH inspection shut down the fine DUMBO barstaurant reBar, owner Jason Stevens told us, "One inspector explained it to me. He said, 'Listen, dude, if I go back to the office without violations on you, they're going to think you bribed me.' I said, 'That's a fucked up system!' He goes, 'Yup. There were a lot of inspectors taking bribes, they did a huge revamp at the DOH and they told me if we come back without a violation they're going think we were bribed.' "

And last year, one Williamsburg bar owner, who declined to give his name out of fear of DOH retaliation, told us, "Bars are stuck with this fucking Health Department that is just destroying everything. Inspectors are spending three-and-a-half hours on a 900 foot bar without even a kitchen. Rye just got slammed, the Turkey's Nest just got reamed. Every time the Health Department walks in, it's $3-$4,000."

#a snake eating its own tail
#bill de blasio
#corruption
#fines
#government
#taxes
#original
Do you know the scoop? Comment below or Send us a Tip