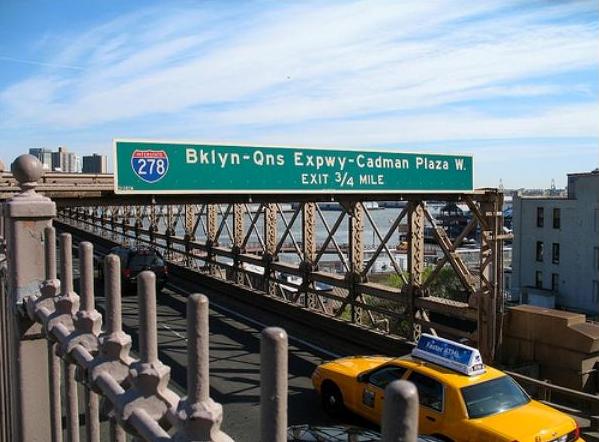 Mayor Bloomberg announced that the city was prepared for the possible two-day taxi strike that some taxi driver groups have threatened for tomorrow morning, starting at 5AM. About 7,000 of the city's 44,000 taxi drivers (there are about 13,000 cabs in total) have reportedly promised to strike over new technology that the Taxi and Limousine Commission wants to install in all cabs. Some drivers' issues with the technology, which includes GPS tracking systems and credit card payment systems, are that (a) the GPS has no navigational capabilities and (b) when the technology breaks down, the taxi fare meter breaks down, too, costing them money. The city,though, views these measures as necessary customer service initiatives.

The TLC and Office of Emergency Management, has created a system of "amended fare structures that permits and encourages group rides and flat rate fares to and from LaGuardia (LGA) and Kennedy (JFK) airports." So, if you're going to the airport tomorrow and there is a strike, this is what taxis will cost:

In all cases:
* If riders to/from LGA and JFK airport select the group ride option, they will be required to adhere to the flat fare or zone based system.
* All riders to/from LGA and JFK have the option to choose non-group rides. In that scenario, normal metered rates will apply.
* Tolls are included in all zone-based and flat fare rides.
* Charges apply to adult riders only. Children under 12 ride free with adults

We bet that some drivers would prefer this pay system than the current ones, as they'll be able to get more per passenger.

The MTA will be adding more service to the M60 and Q33 bus routes. And the NYPD will add more officers to guard taxi strike breakers. The Sun reports that two New York State Federation of Taxi Drivers (a group that opposes a strike) were allegedly assaulted by members of the pro-strike New York Taxi Workers Alliance. When the Sun called the NYTWA, the man who "answered the phone... denied that [the NYSFTD] is a valid organization before hanging up the phone." Yikes, warring taxi unions!