The city is stopping $35,000 in taxpayer funding to the Boro Park Shomrim, an ultra-Orthodox Jewish volunteer neighborhood patrol group, after federal agents arrested one of its leaders for allegedly bribing police to issue gun licenses to people who would otherwise have been ineligible. 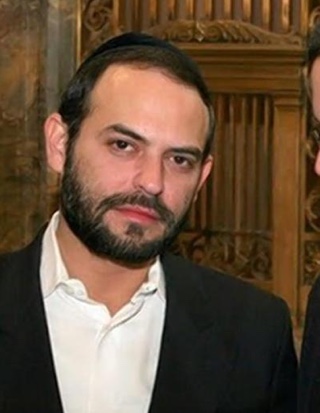 The money was set aside for the group last summer by Brooklyn councilmen David Greenfield and Chaim Deutsch, and the mayor's office is holding off on signing for the payments until, a spokeswoman said, City Hall assesses that the Shomrim group is "a responsible vendor."

Politico New York reported that the city gave the organization $425,708 from 2010 to 2015, including two $10,000 grants from Mayor Bill de Blasio when he was the neighborhood's councilman.

The arrest of Shaya Lichtenstein, listed as the patrol group's treasurer on city forms, came out of an ongoing, wide-ranging FBI investigation into corruption possibly involving NYPD brass, fundraising by de Blasio, and two prominent businessmen, one, Jeremy Reichberg, from Borough Park.

The NYPD has a long history of working closely with, and granting favors to, prominent people in the Borough Park Orthodox community, and the Shomrim, founded in the 1990s, works in coordination with the neighborhood's 66th Precinct. In some cases, the group has been reported to take action to avoid police involvement in altercations involving Jews.

Joe Levin, a private security consultant who works within the Orthodox community, told the Forward that the Shomrim have “full control of the 66th Precinct.” Levin said that when Shomrim respond to an incident in which they have a personal interest, they “control the situation.”

Shomrim leadership has advocated for police to [be] kept in the dark when Orthodox Jews commit domestic violence. In 2012, amid a public debate over police access to new publicly-funded security cameras being posted throughout Boro Park, Shomrim president Jacob Daskal told the Forward that giving police direct access to the cameras could lead to unwanted police interference in domestic violence cases.

“The camera is very good for the community, but if it’s a private thing,” Daskal told the Forward at the time. “If it’s a public thing it might hurt a person who doesn’t want to arrest her husband for domestic violence.”

Shomrim officials told reporters that Lichtenstein had dropped out of the group and moved to Rockland County, where he was arrested Monday, but the Forward notes that he was photographed playing with the Shomrim softball team against the 66th Precinct team last August, and seems to have been present at a meeting just last week with the current commanding officer, Captain Kenneth Quick, about Passover.

A man who answered the Boro Park Shomrim's hotline number hung up when I identified myself as a reporter.