The Parks Department said Thursday that it is willing to explore the possibility of "limited" public access to North Brother Island, the 20-acre abandoned island off of the South Bronx that's been closed to the public since 1963, overgrown with kudzu and poison ivy and strewn with crumbling 20th-century hospital facilities. Public access to the island has been a longtime pet project for Manhattan Councilmember Mark Levine, who recently acquired funding to study the feasibility of hosting small, seasonal tours.

"This is really a vision of limited, highly-curated public access that could be done in a way that respects the historical and natural integrity of the island," Levine told Gothamist on Thursday.

"We are reopening the discussion and exploring options for some limited visits. Perhaps volunteer projects [for the public]," said Matt Drury, director of government relations for the Parks Department. "We are beginning those conversations now."

"With the very significant investment that would be necessary to make that access truly [happen]," he hedged, "the city has to weigh those costs and benefits."

The update came as part of a public hearing on ten city-managed sites—including North Brother Island and Hart Island; monuments like the Washington Square Park Arch and the Soldiers' and Sailors' Arch at Grand Army Plaza; and infrastructure like the Croton Aqueduct—that Levine would like to see opened to the public. Throughout the afternoon, Levine made the case that while many of these sites would likely only be accessible on a limited basis to small groups of people, the Parks Department should still consider them a worthwhile investment.

"You are never going to have as many users [at these sites] as the great lawn of Central Park," Levine said. "Nor would we want that. But there's just something so unique in these spaces. How we dealt with infectious disease, how we honored our war dead. You can read about [these things] in textbooks, but to touch the stone that was laid by someone who lived thorough those moments in history... it's something you can't replicate."

But Parks Deputy Commissioner Liam Kavanagh stressed that Parks bases its resource allocation strategy on the number of people served by a particular park or destination. "Our priorities are always going to focus on providing the most access in the broadest terms," he said. 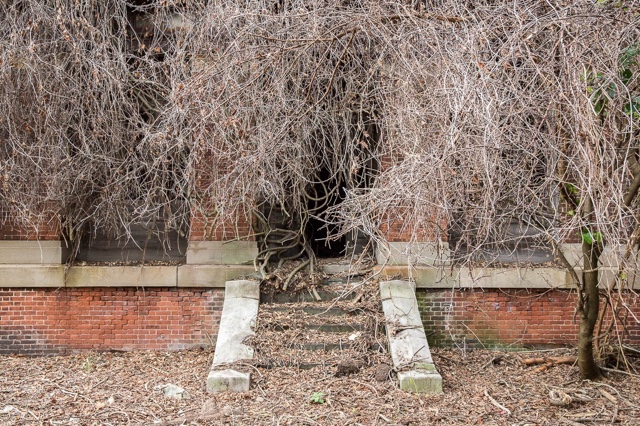 Levine's feasibility study on North Brother Island access is still a few weeks away from completion, but study leader and University of Pennsylvania Preservation Professor Randall Mason said Thursday that his team deems limited access to North Brother Island within the realm of possibility.

"The basic findings of the study are that some measure of carefully curated public access is feasible and would positively impact New Yorkers," he said. Mason made a case for limiting access to student and community groups from the South Bronx, and said that such tours could be conducted without posing a risk to the harbor herons that frequent both North and South Brother islands.

"We're not talking about reusing the buildings," he clarified. Instead, he suggested that some of the most decrepit buildings be disassembled, and others simply "stabilized." In the immediate future, he said, his team should collaborate with Parks and the Department of Buildings to assess the buildings internally, since U Penn hasn't yet been granted access.

The Parks Department was strongly opposed to opening some of the other closed-off sites up for consideration, including the Washington Square Arch, which has an internal staircase and potential roof access. "The interior space was never truly designed for public access," Drury said, adding that foot traffic could damage the service stairwell. In the past, traffic on the roof has also caused leaks.

The 149-foot-tall Prison Ship Martyrs Monument in Fort Greene Park had an operational elevator until the 1930s, but it was removed in the 1970s. Kavanagh said the pinnacle is now only accessible via a 150-foot ladder. "I think it does, in many cases, come down to... ADA accessibility, which clearly many of these places have not been designed to accommodate," he said.

He also reiterated the department's unwillingness to take over control of Hart Island, a burial ground for indigent New Yorkers that has been controlled solely by the Department of Correction since 1946. A cemetery "is not a department that Parks has any experience managing," Kavanagh said.

But Levine was adamant. "There are resources constraints, and that's probably true in every one of these properties," he said. "That's not insurmountable. That's different than saying they are all just inaccessible."

#mark levine
#north brother island
#parks department
Do you know the scoop? Comment below or Send us a Tip