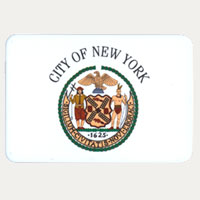 Never leave home without it: City Councilman Hiram Monserrate is proposing a bill that would allow all NYC residents to have identification cards, regardless of legal status.

The NY Times reports that Monserrate was inspired by New Haven's ID program, which gives residents a card they can use as a proof of residency to open bank accounts, card to use on meters, library card, and more. Though the plan attracted much outside criticism, the plan was approved 25-1 by New Haven aldermen in June. However, two days after New Haven introduced the ID cards, federal agents raided the homes of immigrants and arrested 32 people.

A non-photo ID issued by NY State still requires a Social Security number. Monserrate told the Times, “I would hope that the federal government would not retaliate against the city of New York if we provided for a municipal identification card. The city of New York is home to eight million people, many of them immigrants and some of them, frankly, undocumented. Some of them have been residents of the city for many years, and to give them a basic ID card that’s valid within the city limits only makes sense for our municipality.”