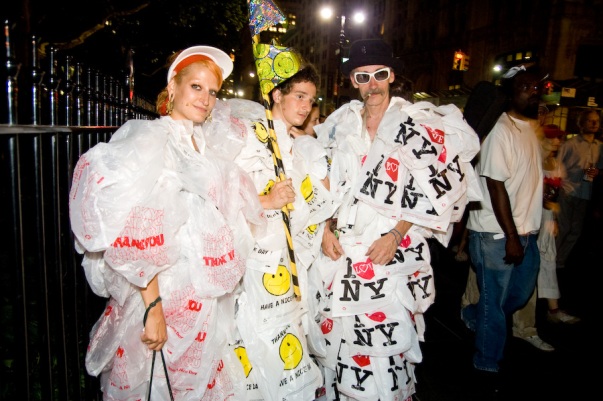 City Council spokesman Anthony Hogrebe told the Daily News, "It's not a ban. It's a bill that's tailored, we believe, to address the specific needs of New York City and what we think would work best." However, that didn't make Gristede's CEO - and potential 2009 mayoral candidate - John Catsimatidis happy. He told CityRoom, "We’re not set up to become garbage disposal areas for Christine Quinn. I’m not sure she’s ever been in business in her life. I’ve been in business for 39 years as C.E.O. of a company."

Hmm, we think some other chains should also be subject to this ban - like the bookstores, department stores and drugstores (yeah, Duane Reade, we're looking at you!). Updated: It turns out that this proposal would apply to any store over 5,000 square feet - so big bookstores would apply.