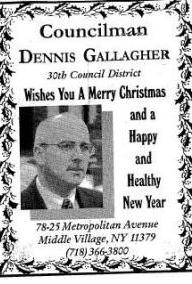 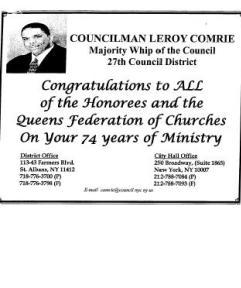 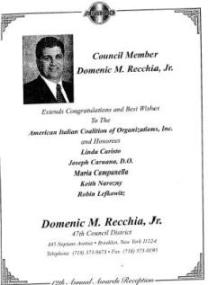 On Monday, the Citizens Union released a report revealing that City Council members have used $1 million of their council budgets to pay for advertising, even in election years (which is prohibited), over the past five years. You can read the report here (PDF), as well as peruse the variety of ads, from public service ads (PDF), community event ads (PDF), and local news ads (PDF).

Some Council members say the adds are important to show good will for the community, but the Citizens Union's Dick Dadey said, "Given these ads are largely self promotional and congratulatory in nature, we feel like that taxpayers' dollars should not be spent for this purpose. These ads are part of an incumbent protection effort that amount to campaigning. This is less about providing a public service and more about promoting the visibility of the elected official. Many of them are considering running for higher office."

Yesterday Speaker Christine Quinn proposed to restrict advertisements using taxpayer money. The NY Times reported that her proposal would "ban holiday and congratulatory ads and require all ads to be informational or educational," be banned from fund-raising journals, and "a copy of the ad and its invoice would have to be submitted to the administrative division for approval." Of course, the proposal needs to be passed by the entire Council first, though.

Gotham Gazette delves more into the issue, including how much some members spent (Brooklyn's Michael Nelson spent the most, $82,099, with Dominic Recchia next at $50,899; Quinn spent $12,655; John Liu and Helen Foster spent nothing). And today, the Post notes that 12 City Council members don't have investments of any kind; Eric Gioia of Queens said, "It is true. I wish I was the recipient of a blind trust, but I'm still paying off my law school loans. We own our own home, though, but that's about all we have."