Back from the 2014 brink of bankruptcy and busted spokes, Citi Bike is now the largest bike share program in the country, on track to hit 12,000 bikes by fall 2017 with expansions into Astoria, Crown Heights, and Harlem. But while the program keeps beating its own ridership records, some City Councilmembers are concerned about another one of Citi Bike's superlatives: it's the country's only bike share program funded entirely through private investment, advertising, and membership fees. Dependence on private money, they argue, has solidified Citi Bike's reputation in many communities as an early sign of gentrification and displacement. Williamsburg and Tribeca are well-equipped, in part because the program can generate valuable advertising revenue there, while neighborhoods like Brownsville and Mott Haven are outside the system.

"The network has expanded to predominantly affluent areas, with thoughts that others wouldn't be financially sustainable," said City Council Transportation Committee Chairman Ydanis Rodriguez during a hearing on Citi Bike expansion on Monday. "It's been an amenity more than a public good—a sign of gentrification more than opportunity."

To change this pattern and build out a five-borough Citi Bike system would require capital funding. "I do not believe that you can look to a big expansion without some degree of public support," testified Jay Walder, CEO of Motivate, Citi Bike's parent company.

DOT Commissioner Polly Trottenberg agreed, cautioning that the transition to a larger, publicly-funded system would be complicated both logistically and financially. As the system expands into Harlem and Brownstone Brooklyn, she said, Citi Bike workers are already struggling to make sure the bikes are evenly distributed, and not just clumped at commuter hubs during weekdays.

"I'd hate to have us be in far-flung areas and we can never get the bikes there and people aren't getting the service we want them to have," she said. 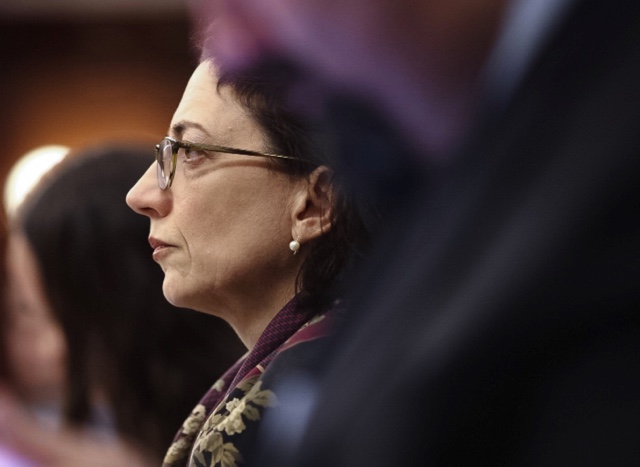 According to the DOT, a city-wide system would require close to 80,000 bikes: more than six times the program's 2017 projection. New bikes can only be deployed at a rate of about 2,000 bikes per year, and the cost hovers around $6,000 per bike. That doesn't include operational and maintenance costs, which the city says are hard to pin down for such a rapidly-expanding program.

"The further the system gets out," Trottenberg added, "you're going to have more complexity in terms of the number of riders, the potential for advertising revenue, the tourist dollars—some of the things that have helped make this a privately-funded model."

"If we start to put in capital dollars, then you will rightly expect a much higher level of oversight," she told the council. "And I won't lie to you: I think that will be challenging."

Nevertheless, Council Member Rodriguez insisted that public investment is necessary—ideally in the Fiscal Year 2018 budget—in order to change Citi Bike's reputation and expand to Staten Island and the Bronx. "It is important that residents living in some of the poorest communities can connect to jobs in other places even if they can't afford the soon-to-be-more-expensive bus and subway fares," he said. While on Staten Island, residents could benefit from an alternative to driving.

But while Rodriguez said that he and a group of sympathetic council members are ready to put forward about $25 million from their own budgets, some of his colleagues were more hesitant. "I want to be clear that the goal is not to put public subsidy into the system," said Council Member Brad Lander, adding that public help should kick in only if necessary.

Manhattan Council Member Helen Rosenthal went further, saying she would actively resist dipping into public coffers. "Especially at a time when we don't know whether or not there will be cuts to our federal dollars... I'm not ready to open the door to subsidizing a new service," she said.

Transportation Alternatives Director Paul Steely White agreed that Citi Bike expansion should not come at the expense of other budget priorities—especially since the program hasn't been tested outside the most cyclist-friendly street networks in the city.

"The expansion area has a dearth of protected bike lanes," he said. "I think there's a fair amount of complacency about the safety record that Citi Bike has enjoyed."

Trottenberg and Wilder are currently in talks about what a new Citi Bike contract would look like—one including city money. But even if capital investment comes through, Trottenberg stressed that a five-borough Citi Bike network would be years in the making. "To build out very far in the city, we're talking some number of years," she said. "It's not something we could easily do in a year or two."

#citibike
#City Council
#expansion
#gentrification
#original
Do you know the scoop? Comment below or Send us a Tip