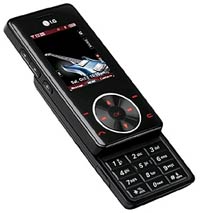 The City Council voted, 46-2, to allow NYC public school students to bring cell phones to and from school - though not to use them during the day. The bill was meant to address concerns of parents and students who believe cell phones are critical to students' safety (see these tales of cell phone-less horror). City Councilman Lew Fidler who sponsored the bill said his 17-year-old son walks eight blocks for a bus and "We wouldn't dream of sending him to school without a cellphone. If he's going to be late, we want to know why."

The Mayor and Department of Education have noted the disruptive qualities of cell phones for many years, and recently cell phones have been confiscate during security screening. In May, a judge found that there is no constitutional right to bear cell phones and effectively upheld the ban. The DOE's Dina Paul Parks pointed out, “There’s nothing to prevent kids from bringing their cellphones to school now. The mayor has never said you can’t bring phones to and from school — you just can’t walk into the buildings with them. So I’m really at a loss to see what the legislation adds.”

The city is offering to create lockers outside the school for students to park their phones, but there are concerns: The lockers could cost 50 cents a day and the lockers would have clear (allegedly unbreakable) doors! Civil rights attorney Norman Siegel, who is appealing the judge's May ruling allowing the ban to continue, points out that $100/year for cell phone parking is a lot of money for many students and that kids might be targeted by bullies after they pick up their phones. And City Councilman Peter Vallone Jr. said, "We're creating a generation of little prohibition smugglers now with this ridiculous policy. The priority is protecting the kids."