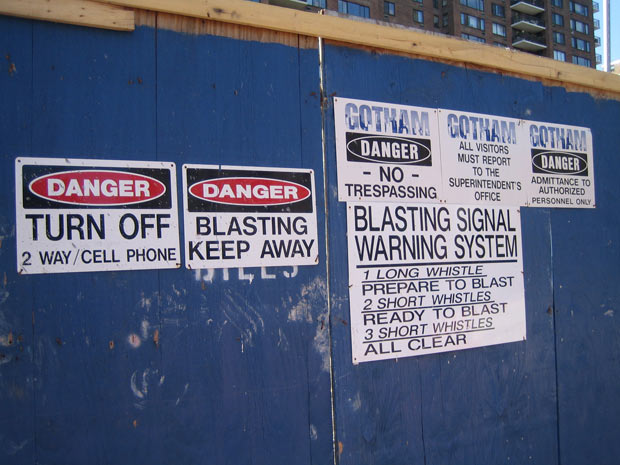 Last month, when hundreds of tenants had to be evacuated from apartment buildings following the collapse of the retaining wall at a neighboring construction site, people suspected that the new development's dynamite blasting may have caused the collapse. Now, the City Council is proposing to dramatically limit the time builders can use explosives at sites.

The Real Estate Board of New York's president, Steven Spinola, raised his concerns about the bill to the NY Sun, questioning whether city agencies would be staffed to handle the extra work. While he supports fining builders who break the rules, Spinola said, "It is difficult building in the city of New York and when an accident happens, like recently, it usually gets more difficult. At least for a period of time, because government tends to be a little bit over-reactive."

It's probably not so over-reactive to residents near construction sites - it's no fun to be evacuated from your home days at a time or be forced to listen to blasting for months on end. But it's true - unless the Department of Buildings hires more inspectors and staff to monitor incidents, given the level of construction that's anticipated in coming years, it's unclear how much progress can be made.