Two public swimming pools in Brooklyn will maintain weekly women-only swimming hours, following an NYC Commission on Human Rights policy review. The Parks Department confirmed Wednesday that both the Metropolitan Pool in Williamsburg and the St. John's Recreation Center in Bed-Stuy have been issued exemptions to the NYC Human Rights Law, which prohibits discrimination based on gender, race or creed.

Gender-segregated swim hours have been the norm at both pools for years, and were largely unchallenged until this spring, when the NYC Commission on Human Rights received an anonymous complaint about the Metropolitan Pool.

"Maintaining limited women-only swim hours at these pools will allow all women to enjoy the pool without being asked to compromise their religious beliefs or affiliations and will have a minimal impact on other community members’ ability to access the pool," said Commission on Human Rights spokesman Seth Hoy in a statement.

Religious accommodation was not the only consideration, Parks confirmed. Histories of domestic and sexual abuse, as well as body image concerns—to which the city deemed women and girls primarily susceptible—were also considered.

"Women-only swimming hours provide an important accommodation to New Yorkers who may feel more secure and comfortable in a single-sex environment," said Parks spokesman Sam Biederman in a statement Wednesday. "NYC Parks is appreciative that the NYC Commission on Human Rights recognizes the need to provide such safe and fair access at public facilities." 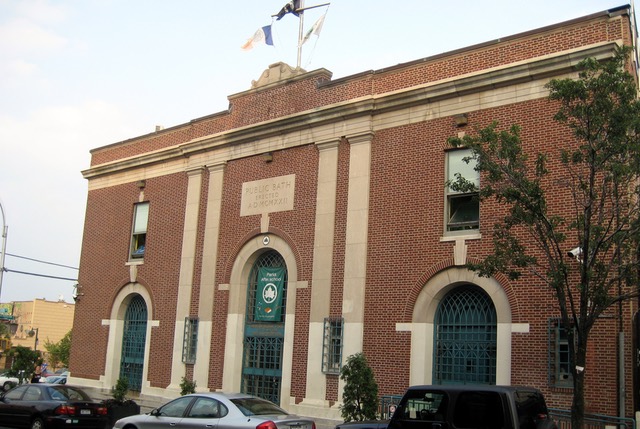 Signage popped up around the Metropolitan Pool in May stating that women-only swim had been suspended, prompting an outcry from the ultra-Orthodox community. "The point is about being culturally sensitive," Brooklyn Assemblyman Dov Hikind said at the time, arguing that disbanding women-only swim would be akin to banning Hasidic women from the pool altogether.

Other pool users countered that the policy compromised their civil rights, and simply cut down on available swim hours.

Parks later said that a typo in poolside signage was to blame, and confirmed that the policy was under review. Then, in early June, a nearly identical situation played out at St. John's: staff posted signage indicating that gender-specific swimming hours had been suspended, then reinstated those hours following an influx of 311 complaints. Again, Parks blamed an error in the posted signage.

According to the Parks Department, Metropolitan and St. John's are the only two indoor pools in the city with women-only swim hours. Going forward, any indoor pool seeking an NYC Human Rights Law exemption will have to submit a 200-signature petition to the department, pitching the importance of women-only swim.

Women-only swim hours will be open to all who identify as such—regardless of the gender indicated on one's state issued ID—and petitions will not be considered if the pool in question is within "reasonable" distance of another pool with women-only hours.

City-wide, women-only swim sessions will be limited to two hours, in an effort to accommodate other pool users.

"There's a reason that we have these laws, and that's because the city wants to create an open space for everybody," she said. "We cannot be biased on the basis of our race, our gender, or our sex. And you can't start making individual accommodations on the basis of individual beliefs, because that's exactly what creates unequal access on a regular basis."

Reached on Wednesday, Harris reiterated these concerns. "This undermines the purpose of the Human Rights Law," she said. "You can't keep hacking away at it."

Harris added that the city's apparent decision to associate body image issues and sexual and domestic abuse with girls and women was "paternalistic in a way that's a bit concerning."

"Men are sometimes victims of that abuse," she said. "It's leading to a false dichotomy of men's and women's experiences."