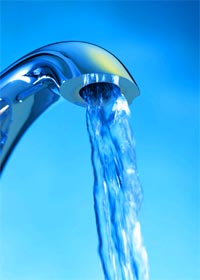 A year and a half ago, it was discovered the city, per a NY Times article, "fail to collect millions in unpaid water bills." While the city has tried to improve its water bill collection practices, there's one notable deadbeat: The NYC Economic Development Corporation, the agency "responsible for promoting economic growth throughout New York City through real estate development programs, business incentives and more."

The EDC leases Brooklyn Army Terminal in Sunset Park from the city and in turn subleases space to various tenants. City Comptroller William Thompson found that the agency owes $4.5 million in unpaid water and sewer bills from the past 22 years. And as a result of the Comptroller's audit, the EDC has only recently been billed by the Department of Environmental Protection for two years of overdue bills ($479,124 worth), not the entire 22 years.

Not only does the EDC not pay water and sewer charges, Thompson's audit found the agency doesn't collect "appropriate rents and fees" and/or charge market rate rent from sub-tenants (a loss of about $500,000). Thompson thinks that the $7 million generated in operating income from the Terminal should be turned over to the city, but the EDC says it's not legally obligated to do that.