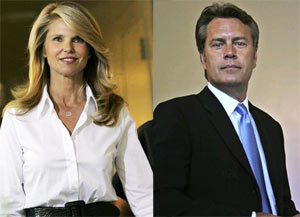 The cruel and revelatory divorce proceedings between Christie Brinkley and Peter Cook ended at 6 a.m. this morning, with the sides announcing a settlement. Brinkley's lawyer Robert Cohen said in the courtroom, "It is my pleasure to report to the court that with much hard work ... we reached an agreement."

The former couple had been fighting over custody of their children as well as other properties they acquired together, and it appears Brinkley was victorious: She was granted full custody of the children, plus keeps the properties. Brinkley will pay Cook, an architect, $2.1 million, mostly for legal costs.

Brinkley told reporters, "I was here fighting for custody. I think a mother's greatest fear is somebody trying to take their children ... That is what I was up against. I have won custody and decision-making and that's all I ever wanted." As for Cook, he said, "I've got everything I've been asking for for two years"--everything except for the joint custody of the kids.