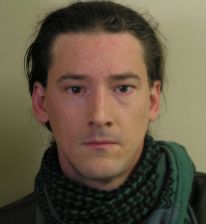 As you've probably heard, for several days a group of students at The New School University occupied a dining hall in the Graduate Faculty building at 65 Fifth Avenue, which is scheduled for demolition. Among their demands were the resignations of university President Bob Kerrey and other officials, and voting representation on the search committee for the interim-Provost and the Provost.

Yesterday a scuffle with security led to the arrest of one student, and last night police were stationed outside the room and preventing students from leaving to use the bathroom or receive any supplies. According to the New School Free Press, around 3 a.m., "after roughly an hour of discussion and comment on a seemingly endless torrent of tangents," students voted to vacate the building without getting the desired resignations, but with some concessions from the administration. Yesterday afternoon one of the dissidents, Chris Crews, a first year MA student in the Department of Politic in the New School for Social Research, responded to our questions via email from the "New School in Exile."

So what happened with the "excessive force” mentioned on the New School in Exile blog? The students attempted and successfully took over a side entrance out of the building that had street access to 13th Avenue. This was done so we could let supporters inside who had been turned away by security at the main (Fifth Avenue) entrance, as well as to bring in more supplies. During that time security attempted to force students out of the doorway and re-close the door.

Students attempted to use crates, boxes and miscellaneous items to prevent this. This led to the primary security officer on premise assaulting several students in the process, and two heated confrontations with what we deemed to be excessive and unreasonable force. We also have video documenting the chief security officer attacking the students, as well as other confrontations with the police.

How many students are in there now? At this time, I would estimate we have somewhere between 80 and 100 people. There was a huge influx of new people that came in after noon today. So we have die-hards from last weekend when the occupation really got started, and people who just joined in the last hour or two.

Are police immediately outside the room to arrest anyone who steps out alone? Not yet. The only person who was arrested so far was arrested outside of the side door during the earlier scuffle I mentioned. The NYPD showed up and then left, but returned again about half an hour ago. It’s not clear what the police might do, or if the university would seriously bring in the police to arrest the large group here now.

Have any faculty members joined you or voiced their support? There have been faculty memberswho have come in throughout the day, and others whom students talked with while they were out flyering and canvassing on campus. The overall sentiment has been extremely positive, although we have not seen any formal faculty statement yet on the occupation.

Why are you occupying this particular building? It is being held for two major reasons. First, this is the only student space on campus where we can gather and study, access the library, or otherwise work as groups, study sessions, etc. Additionally, this building is closing at the end of the semester (next week) and will not be re-opened, further signifying the loss of student resources without any real alternatives being provided.

What do you hope to change by occupying the building? We hope to have our demands met, in particular the resignation of university president Bob Kerrey, executive vice president James Murtha, and board of trustee member Robert Millard. Additionally, we hope to raise the larger issues of student empowerment, institutional transparency and a focus on academics.

How long do you think students will continue the sit-in? We are committed to occupying the building until our demands are met, or the police drag the last one of us out.

Do you have enough supplies? Yes, but more are always welcome!

One student, Marcus Michelson, told the Times the occupation was intended to “start a dialogue.” But when Kerrey came to speak with you today, the students refused to meet with him. Why? Because our demands are simple, we want his resignation. There isn’t really any need to negotiate that point, and since he wasn’t willing to make that statement, there wasn’t anything else to hear from him. I think the “dialogue” issue is a bit of a canard coming from some of those who just want to improve things, not actually change the structure of how this university operates.

So what’s so bad about Kerrey? Besides his involvement in the massacre of Vietnamese villagers in Thang Phong as part of Operation Pheonix? Or his involvement with appointing people like L-3 Communications who are involved with interrogation and torture of detainees in Iraq? Or his support of pro-war, conservative politics as the head of an institution devoted to critical academic research and scholarship?

Kerrey’s blog has been experiencing technical difficulties. Have you occupied that, as well? Perhaps…

#chris crews
#interview
#new school
#Occupation
#protest
#Student
Do you know the scoop? Comment below or Send us a Tip