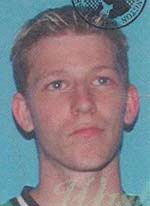 A 29-year-old man who worked for a high-end Manhattan childcare service is on the run after cops were notified his home computer contained thousands of child pornography images. Fred Hardy worked for the Lipton Child Care Center on 55th St. and Park Ave. in Manhattan. When police arrived to question him about the trove of disgusting images on May 15th, his employers at Lipton said that he'd been fired that day.

Hardy's hard drive was reportedly stuffed with thousands of pictures of boys--ranging from infants to young teenagers--being sexually assaulted by adults. There's little news on the origins of the images, but a spokeswoman for Lipton's parent company said that there was no indication that any of them involved children Hardy worked with at Lipton.

Lipton Childcare Facility's clients match the profile of its Park Ave. address and include companies like The New York Times, prominent law firms, the New York Stock Exchange, and professional sports franchises. Hardy lived across town on 9th Ave., but hasn't been spotted at the address since the police searched his apartment.

It was his roommate, Tom Lisa, who turned him in to the cops. Lisa told the Post "I see his computer is on and I see a picture of two underage boys having sex with each other. At first I thought it was a novelty, like he was curious, but then I look further and I see more pictures and videos - I felt sick."

#child pornography
#childcare
#fred hardy
#fugitive
#Lipton
#manhattan
#park ave
Do you know the scoop? Comment below or Send us a Tip