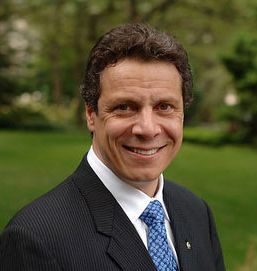 Making good on a campaign promise, State Attorney General Andrew Cuomo (pictured) has put pressure on three major Internet service providers to shut down online groups that share child pornography. Verizon, Sprint and Time Warner have each agreed to cut off access to websites and bulletin boards disseminating the illicit images, with a special emphasis on Usenet, one of the oldest computer network communications systems that uses no central server.

According to the Times, the groundbreaking agreement resulted from an eight-month investigation and sting operation in which undercover agents from Mr. Cuomo’s office complained to Internet providers about the availability of child pornography. Federal law requires I.S.P.s to pass such complaints along to the National Center for Missing and Exploited Children, but the investigation found that this rarely happened and threatened to charge the I.S.P.s with fraud.

Cuomo used the I.S.P.s unresponsiveness as leverage to broker the deal, telling the Times: “The I.S.P.s’ point had been, ‘We’re not responsible, these are individuals communicating with individuals, we’re not responsible.’ Our point was that at some point, you do bear responsibility.” The three companies will also collectively pay $1.125 million to fund state efforts to stop online child pornography. According to the Times, a new component of that effort is a library of 11,000 pornographic images compiled during the investigation. Because the same images frequently appear on different sites or bulletin boards, investigators are now using a digital identifier to scan for them, using images “as a homing beacon of sorts to find other pornographic sites.”