Back in January, Cuomo promised that passage of the Child Victims Act—a law extending the amount of time that abuse victims can seek justice as adults—would be one of his top priorities. But six months later, in the waning days of the state's legislative session, some survivors of sexual assault are beginning to wonder if the governor has hung them out to dry.

"[Cuomo] looked me in the eye three times while shaking my hand and said to me 'I got this, Andrew, I got this,'" Andrew Willis, a childhood survivor of rape and the founder of the Stop Abuse Campaign, told Gothamist. "But I'm getting nervous. There's very few days left for the governor to show that he's got it, and I keep saying to myself: Why wouldn't he want to get this bill passed?"

The bill, which passed 139-7 in the State Assembly last week, extends the current statute of limitations for childhood abuse victims seeking to bring civil or criminal charges against their abusers. Under current state law, most victims can only bring charges against their abusers until the age of 23. In the assembly's version of the CVA, that statute of limitations would be extended between five and fifty years (depending on the nature of the suit). Additionally, the bill would create a one-time "look back" window for one year, in which victims of any age would be permitted to bring civil suits against individuals or institutions.

These changes would throw a life raft to the estimated 43,000 children who are abused in New York each year, Willis says, as research shows that a majority of childhood victims wait at least five years before telling anyone. Willis himself was raped at the age of 10, but says he was too racked with guilt to mention it to anyone until he was almost 50 years old. The teacher responsible was eventually accused of abusing more than 100 other students, Willis told me.

As it stands, most victims of abuse have only five years after they turn 18 to bring civil or criminal charges against their abusers—thanks to statute of limitations laws that rank among the most prohibitive in the nation, according to leading victim abuse network Safe Horizon. On Monday, Safe Horizon announced a last-minute campaign by survivors to travel to Albany and personally convince Cuomo and the state senate of the importance of passing the legislation, alongside a social media campaign called #FaceItNY.

I am 1 in 4 and #FaceItNY someone sitting next to you right now is as well. @NYPassCVA pic.twitter.com/34SMJSG4VI

Fabio, pictured, was sexually abused at age 9. At 28, he could no longer report. #FaceItNY, time to change the law. @NYGovCuomo @NYPassCVA pic.twitter.com/EpMQworfA2

Assemblymember Linda Rosenthal, the sponsor of the assembly bill, it's "irresponsible" of the state's chief executive to allow the bill's fate to remain uncertain for so long. "How many years do survivors have to come to Albany to beg to pass something?" she wondered. "My heart feels for them because it's something that New York has to do to provide access to the courts and make up for so many lives that have been ruined. The assembly did it and the senate is just wasting time."

Getting the senate to pass an acceptable bill, Rosenthal argues, would require some arm-twisting on the part of the governor. "He said at the beginning of the year that this was one of his goals," she recalled. "But I have not seen a program bill. I have not seen a statement. I know a lot of survivors are saying: Where is the governor and where is his leadership?"

"He was bold in January and it's now June and I don't see that same bold and determined governor speaking out in public," the assemblymember added. Indeed, survivors who have closely monitored the governor's comments on the CVA say that he's not mentioned it in any of his six regional State of the State addresses. 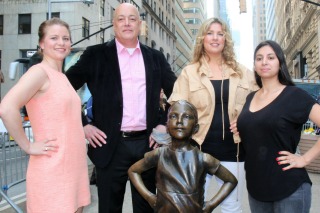 Reached for comment, Cuomo spokesperson Rich Azzopardi told Gothamist, "These victims deserve justice and we have been actively working with advocates to build support for this in both houses of the legislature. All options remain on the table." He added that top aides will be meeting with advocates in the coming days, but would not elaborate on what the governor plans to do to help the bill.

Over a month ago, a Cuomo spokesperson gave a nearly identical statement, while similarly sidestepping questions about whether the governor would push the Senate to pass a bill.

Asked why the governor appeared to be dragging his feet on a professed priority, both Willis and Rosenthal said they couldn't think of any good reasons. Elsewhere, Lauren Evans of the Village Voice has noted that politically powerful institutions such as the Boy Scouts of America and the Catholic Church have vocally—and financially—opposed the bill. (A spokesperson for the Catholic Church declined to comment, pointing to the church's memoranda outlining their opposition; The Boy Scouts did not respond to a request for comment).

Those institutions have said that they're concerned the look back window will lead to false claims that clog up the courts. "The ill-advised 'window' to reopen decades-old claims is, in the end, contrary to justice, because simply too much time has gone by in many cases to mount an effective defense, particularly for institutional defendants," the New York State Catholic Conference said earlier this month.

Their argument, according to both Willis and Rosenthal, is not made in good faith. "We've passed this bill in many other states, and in no other states have there been a problem with false claims, or clogged up courts," Willis said. "When you look for facts behind their position, they're just not real."