Check Out The Breathtaking View Of The Amazing Line For The One World Trade Observatory, Opening Today

The One World Trade Center Observatory officially opens to the public today, and it's a total mob scene. Although the tickets, which each cost $32, are supposed to permit visitors access at a specific time, our man on the scene Scott Lynch tells us "they're already running an hour behind. Probably 90 minutes. Nobody really knows." You know that dude in the fedora and sunglasses got laughed at by his kids this morning, but LOOK WHO'S LAUGHING NOW? Nobody, probably; this looks a real shitshow. And it's not like they're selling cronuts up there; it's just $175 polo shirts and $200 pullovers.

For those who do have the inner patience to make it through the line, here is the majesty and splendor that awaits. But you've got to go to hell before you get to heaven, as America's most celebrated observatory aficionado Steve Miller once sang. 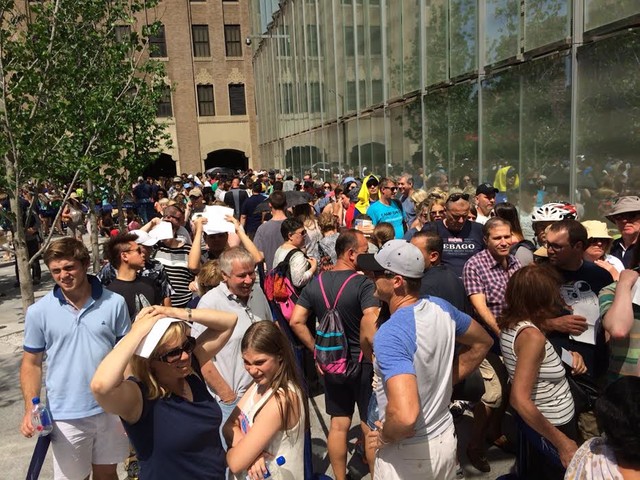 And here's the front of the line, for all the line photo completists in the audience: 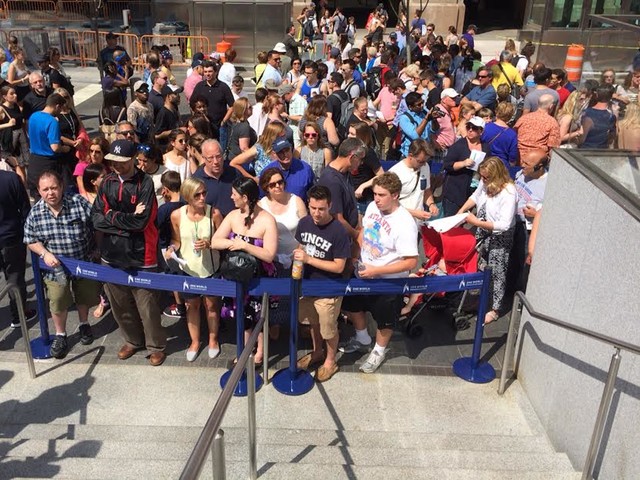