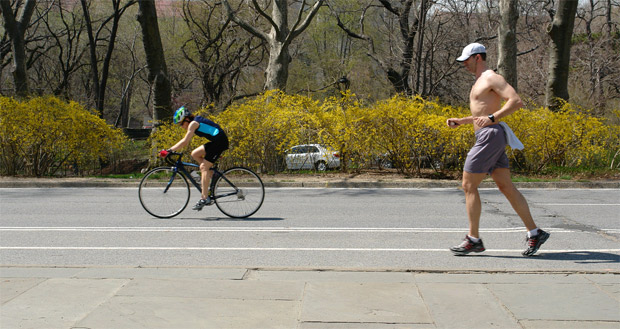 The Department of Transportation announced that Central Park's West Drive will be car free until 8AM starting on Monday, August 6. Per the DOT's press release, via Streetsblog:

DOT Commissioner Janette Sadik-Khan cites how Central Park is "busy in the mornings with walkers, joggers and cyclists," but there's no mention of the walkers, joggers and cyclists in Brooklyn's Prospect Park, as there were no improvements mentioned for it. Central Park's East Drive is open during the afternoons and early evenings (3-7PM) while East Drive from Sixth Avenue to 72nd and Fifth is open between 7AM and 7PM.