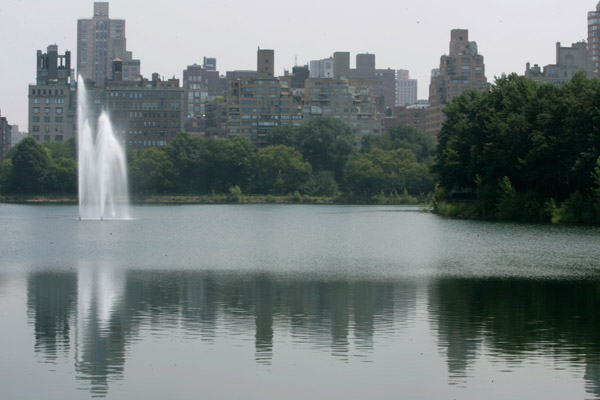 Yay! For only the fourth time since it was finished in 1917, the fountain in the Central Park's Reservoir is flowing again. The reservoir, officially named the Jacqueline Kennedy Onassis Reservoir in 1994, served as the backdrop for Mayor Bloomberg as he announced that city water supply won't require filtering for at least 10 more years. Yesterday, the EPA granted the city a 10-year waiver on a filtering the water from its Catskill and Delaware systems. The two reservoir systems supply about 90% of the city's water (the Central Park Reservoir no longer supplies drinking water) and the city is one of 5 in the nation that isn't required to filter its water. According to The Post, the waiver saves the city from building two filtration plants which would cost at least $8 billion. Instead, the city will add a new ultraviolet disinfecting facility.

Related: Aquafina announced on Friday that their bottles would say their water comes from a public source.

Photo of fountain in Central Park by AP/Mary Altaffer