Central Park Precinct Gets a Makeover 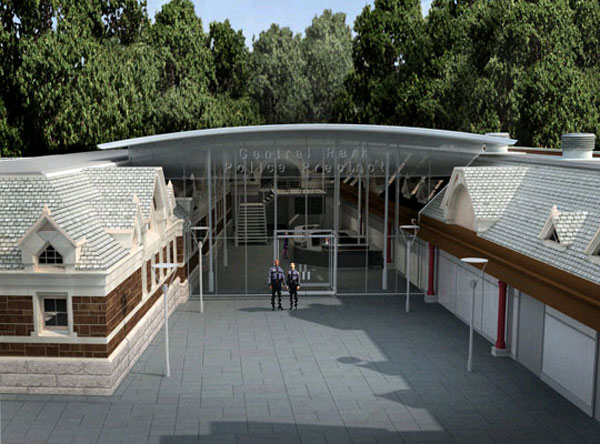 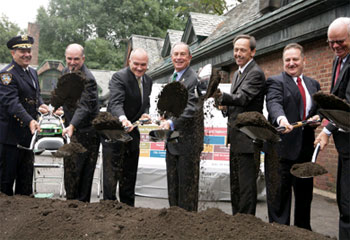 Mayor Bloomberg, Police Commissioner Ray Kelly and others broke out the shovels to break ground on renovating the new Central Park Precinct House. It's the oldest precinct in the city, residing in in a horse stable built in 1871, and Mayor Bloomberg said, "We've committed $45 million to bring the Central Park Precinct into the 21st Century, while also preserving the 19th Century details that give the building its character and landmark status."

The 22nd precinct, which overs all 840 acres of the park - and its 58 miles of pedestrian paths, 6 miles of vehicle drives and 5 miles of bridle paths - is off the 86th transverse. Karlsberger is renovating the building and will end up gutting the interior of the building and adding 2,300 more square feet. Some other new features: A new lobby with a glass atrium partially built of bullet proof class, improved staging, arrest processing and interview rooms, and central air-conditioning. The Sun adds that about 70% of the stone will come from the original building.

The police will work out of a temporary precinct house, also designed by Karlsberger, until the renovation is completed in 2010. Crime has dropped dramatically; in 1982, there were 700 robberies, while there were 26 in 2006. More crime stats for the Central Park Precinct here (PDF).