Central Park Dilemma: Who Has Right of Way? 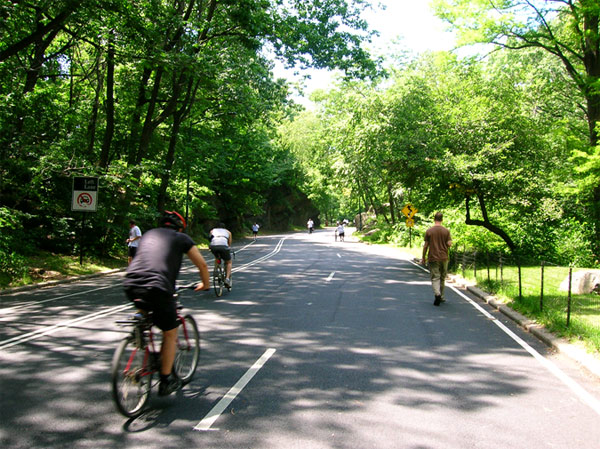 There was a NY Times City section about the uneasy equilibrium of dog owners and bicyclists in Central Park. Many a collisions occur between beast and bicycle, especially during off-leash hours. But we think there are actually lots of showdowns of park roads: Runners vs. Rollerbladers; stroller-pushing parents vs. runners; tourists vs. everyone. Which makes us wonder:

And in a weird bit of possibly unanticipated corporate synergy, the Boston Globe (owned by the Times) has a story about bikers, walkers, dog owners and more fighting over the Minuteman Bikeway. A choice sentence: "In one instance several years ago, a bicyclist kicked a Jack Russell terrier and yelled at the dog's owner, 'Get the [expletive] over to the right!'"

Photograph of Central Park's loop by maevro on Flickr