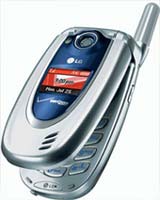 Police say a 15-year-old rape victim helped them track down the suspect in five city park rapes. Alvin Henry, who was part of Trinidad and Tobago's 2000 Olympic track team, was arrested Sunday night in connection with a series of rapes spanning four years. The 33-year-old suspect allegedly asked a 15-year-old victim is she wanted to see him again.

The Post had details of the criminal complaint: "Henry secretly watched the 15-year-old girl having sex with her boyfriend in Prospect Park near Grand Army Plaza on April 27." After the girl left her boyfriend, he showed her cellphone photographs of the tryst and told her to have sex with him or else he would tell her parents and put the photographs on the Internet. The police told the Daily News, "She was afraid for her life, so she pretended - acted - as if the assault was consensual. He believed it and texted her - hoping to see her again." But the victim contacted the police.

Henry sent the victim text messages, and the police located his cellphone signal. The victim also rode with the police and identified him when he was apprehended. Police say that DNA evidence also links Henry to the attacks. A relative told the Daily News, "I'm not really shocked," and said that Henry was kicked out their grandmother's Queens house when he made advances at a 12-year-old relative.

#crime
#daily news
#grand army plaza
#internet
#news
#police
#prospect park
#queens
#rape
#sex
#The Police
#the post
Do you know the scoop? Comment below or Send us a Tip