The Civilian Complaint Review Board, an independent city agency that assesses claims of police misconduct, has substantiated an excessive force claim filed against Officer James Frascatore, who tackled retired tennis star James Blake to the ground in plainclothes last month. 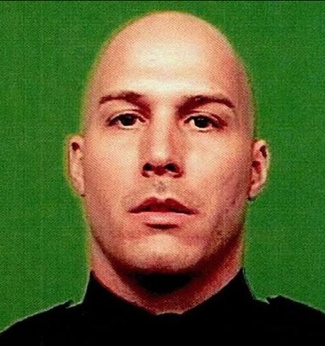 The CCRB has recommended that Frascatore, a veteran officer with a lengthy civilian complaint record, be put to administrative trial—a procedure that could lead to his suspension or permanent dismissal.

"The CCRB is committed to conducting thorough and rigorous investigations on an expedited schedule in all cases that can be resolved quickly," said CCRB director Mina Malik in a statement. "The Blake matter falls into this category, and we resolved it in under 30 days."

As with all internal NYPD trials, Frascatore's punishment will ultimately be determined by Police Commissioner Bill Bratton.

"I want to express my appreciation to the Civilian Complaint Review Board for their quick and thorough review of the incident where I was attacked," Blake said in a statement. "I have complete respect for the principle of due process and appreciate the efforts of the CCRB to advance this investigation."

Soon after Blake's mistaken arrest, the NYPD stated, "In regards to the alleged improper use of force, the Police Commissioner directed the internal affairs bureau to investigate." The NY Times reports, however, that while the CCRB investigation is complete, the NYPD's internal investigation is ongoing.

Meanwhile, Frascatore's attorney Stephen Worth has been dismissive of the CCRB's decision. He told the newspaper that the "so-called substantiation is in no way a finding of any wrongdoing by any competent authority" and that "this is a simple case of a good-faith misidentification which has been wildly blown out of proportion."

According to WNYC, Frascatore racked up five civilian complaints over the course of seven months in 2013. In one instance, Frascatore arrested a woman for allegedly failing to quickly turn over a bicycle they had deemed evidence. After that incident, Frascatore reportedly lied under oath.

Frascatore's complaint record was not enough to place him on modified duty—until the highly publicized incident involving Blake. The officer has since been assigned desk work.

Surveillance footage released last month by the NYPD shows that Blake was standing outside of the Grand Hyatt Hotel at 109 East 42nd Street on the afternoon of September 9th when Frascatore ran up and tackled him to the ground.

Frascatore, who was not wearing a badge, did not identify himself to Blake. The retired tennis player was handcuffed for 15 minutes before five arresting officers confirmed his identity, and released him.

The officers had allegedly been looking for a suspect involved in an ongoing investigation into fraudulently purchased cellphones, and "mistook" Blake for that individual, after a primary suspect pointed him out. The NYPD subsequently admitted that the suspect photograph, lifted from an seemingly-innocuous account on the online courier website GoButler, was of another innocent man, who lives in Australia.

In the days following the tackle, Blake was showered with public apologies from both Bratton and Mayor de Blasio. The former, however, repeatedly dismissed allegations that Blake's mistaken arrest was racially motivated (all five arresting officers are white).

The CCRB has also substantiated an abuse of authority claim against detective Daniel Herzog, who authorized Blake's arrest. The recommended punishment for Herzog is command discipline, which can result in a maximum of five lost vacation days.

In a public statement last month, Blake said he wants his attack to serve as a catalyst for change in the NYPD: "While I continue to believe the vast majority of our police officers are dedicated public servants who conduct themselves appropriately, I know that what happened to me is not uncommon."

#assault
#CCRB
#james blake
#nypd
#police brutality
#police tackle
#standing while black
#tennis
Do you know the scoop? Comment below or Send us a Tip