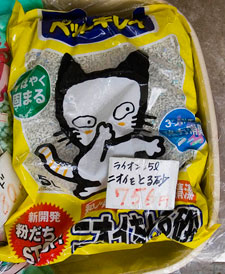 Portions of Francis Lewis High School were shut down yesterday after a teenager said he had a bomb. In reality, it turns out that it was more like a rocket. Nonetheless, the teen was charged with placing a false bomb. School security (they're useful for something, apparently) overheard students talking about a bomb, so they inspected 16-year-old Victor Vergara's bag where they spotted the suspicious device. When they asked Vergara what it was, he told them it was "a bomb." After the device was removed, the NYPD bomb squad was called in. Sources tell The Post that the rocket was made with less than a foot of PVC and cat littler and probably had the explosive power of a large firecracker. There were also reportedly wires with the rocket/bomb.

Some students were rather upset by the whole situation, "They locked us in our room. They wouldn't even let us go to the bathroom or lunch. We were starving." Others seemed calmer, "I don't think a bomb's going to blow. I'm just going to chill."

While it may smell like a bomb went off after use, kitty litter can apparently be used as a binding agent in rockets and small explosives. In addition to the false bomb charge, disciplinary action by the DoE is pending. Our education tip of the day: telling people you have "a bomb" probably isn't the best idea if all you have is a rocket. That will just get you arrested.

#bomb
#high school
#nypd
#queens
#rocket
#the post
#Tien Mao
Do you know the scoop? Comment below or Send us a Tip