Cash - and Beating - On Delivery 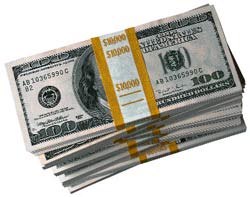 When a deal is too good to be true, remember, it might not be true - that it might be a nightmare. On Long Island, there have been two incidents where people are enticed by a Craigslist ad selling a Porsche, only for "sellers" to beat up and attempt to rob the potential buyers.

Newsday reports that two Suffolk County residents were interested in buying a 2002 Porsche, which was listed on Craigslist for $44,000. The sellers requested they bring $22,000 in cash to a location in Baldwin, and when the buyers arrived at a home on Thursday, "a group of five young men approached them from behind and punched them and knocked them to the ground."

The robbers only managed to take $50, as the victims yelled for help. (The home's residents were not involved in the robbery.) This robbery is similar to a November 26 robbery in Freeport, where potential buyers were robbed by three or four men, who took a cell phone and a few thousand dollars.

Craigslist has personal safety tips, as well as tips to avoid scams. The site craigscrimelist details crimes across the country that stemmed from Craigslist.