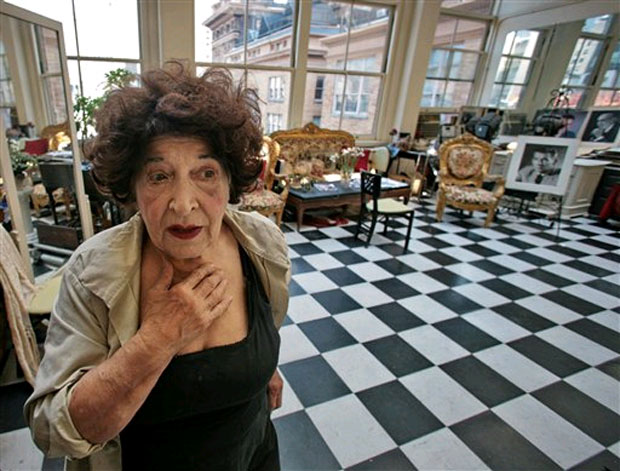 Editta Sherman, known as the Duchess of Carnegie Hall, has been fighting to stay in her $530/month rent-controlled, 800 square foot studio apartment above Carnegie Hall ever since the concert hall announced its expansion/renovation plans last year. But now she's given her terms for moving out: $10 million. She told the Post, "They'll have to pay and find me a small place. I'm 96 years old." (Sherman previously told us, “I’m not thinking about it, I’m not worried about it, because I’m not going anywhere.”)

Sherman is one of six rent-controlled tenants left in the Studio Towers (according to the Post, all the market-rate tenants have left). Last year, NY Magazine looked at some of those tenants' apartments--given its photograph of Sherman's space, plus the one above, you can see why she doesn't want to leave.

#carnegie hall
#editta sherman
#holdout
#rent-controlled
Do you know the scoop? Comment below or Send us a Tip