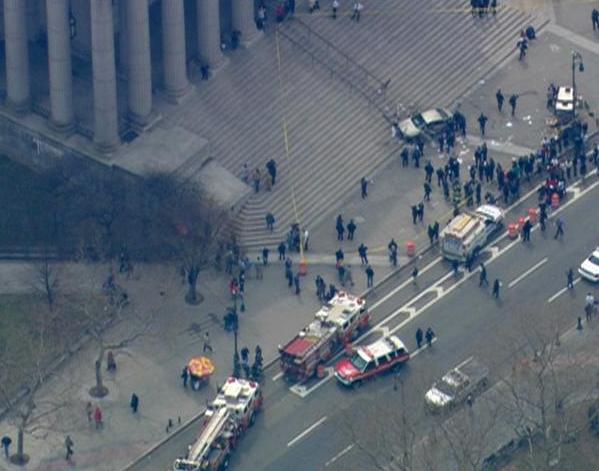 An out-of-control car jumped a curb on Centre Street and mowed down three pedestrians outside the State Supreme Court. According to NY1, the car "crashed into a coffee cart and continued up several steps of the courthouse," where one man was pinned under the car. 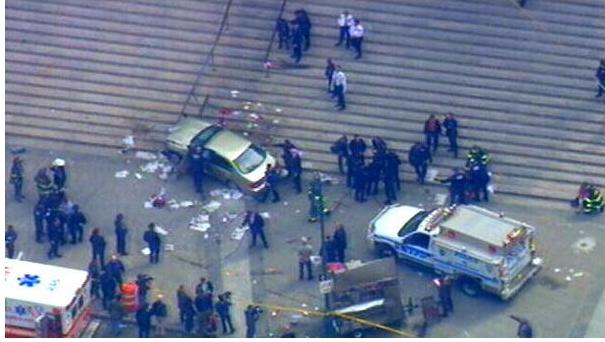 WNBC reports the man, who was "pinned from about the mid-chest down," was removed by emergency workers who used a power saw. He was thrown against a banister and apparently had a leg injury. Two other pedestrians had minor injuries and the driver of the Nissan Altima is being described as "incoherent" and "dazed." None of the injuries appear life-threatening. And the coffee cart vendor was unharmed.

The police have not charged the driver, who may have had a seizure. Some more pictures at WCBS 880.