Very recently, we covered the advent of a great map that lets you shame drivers parked in the bike lane, since drivers are determined to treat them like free parking. Leave it to a car dealership though, to take "parking in the bike lane" to its absurd extreme—storing their cars in a bike lane on a busy, dangerous street in Queens. 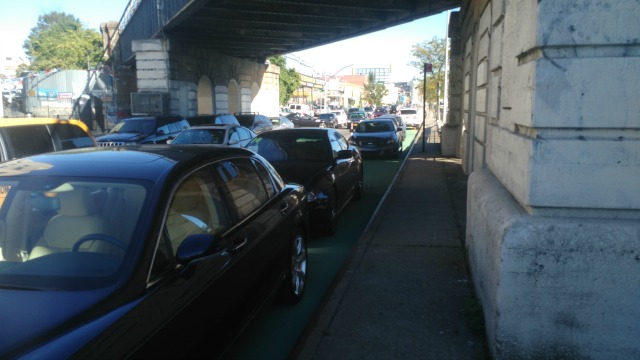 Tipster Ben Chan sent us these photos of a Queens car dealership between 76th Street and Jacobus Street using the Queens Boulevard bike lane to park nine of their cars. Chan told Gothamist he biked past the bike lane, which was being used as an extension of the car lot, around 3:30 p.m. on Friday. 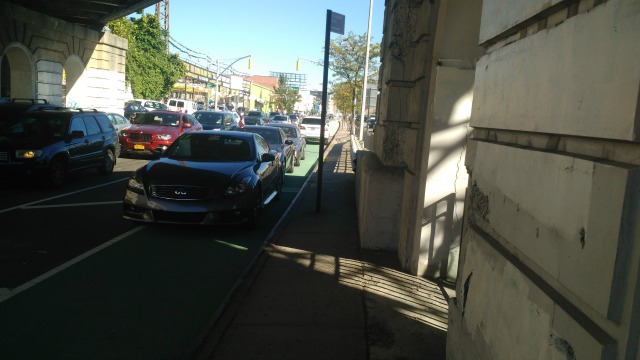 Chan said an employee came out of the dealership while he was taking pictures and asked if he wanted to buy a car. The employee then moved two of the vehicles when Chan told him that he was more interested in the dealership moving the nine cars out of the bike lane. We reached out to the dealership for a comment and were told no managers who could speak to the press were working today. 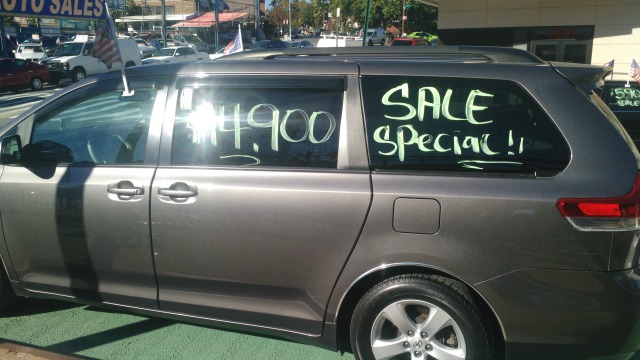 The Queens Boulevard bike lane has a contentious history, with a years-long campaign to get a space for cyclists on the street known as the "Boulevard of Death." Mayor de Blasio overruled community board opposition to a bike lane on the boulevard earlier this year. Some of the opposition stemmed from drivers complaining about a loss of parking spaces. Judging from these pictures, though, painting the lanes green and separating them from the main road still won't stop people from parking there.

#bike lanes
#don't do this
#queens
#queens boulevard
Do you know the scoop? Comment below or Send us a Tip