Yesterday, we reported that Amazon had decided to remove their ads for The Man In The High Castle from the 42nd Street subway Shuttle—ads that featured a modified Nazi Reichsadler eagle and a variation of a World War II-era Japanese flag. Now it appears that the Empire State's freedom-loving, motorcycle-riding, de Blasio-torturing tough guy governor personally intervened to drive the Nazis out of NYC.

This morning MTA spokesman Adam Lisberg confirmed that although the controversial train continued to run through rush hour on Tuesday, the wrappings were removed Tuesday night. "We kept it running during rush hour last night because we need three trains on that line for adequate service, and we couldn't quickly swap a new train in," he said.

The vinyl Shuttle wraps were supposed to run from November 15th through December 14th.

"The Governor spoke directly to the MTA Chairman yesterday morning and told him that Amazon had until the end of the day to do the right thing and voluntarily remove the offensive ads or he'd order the MTA to rip them out," she said.

According to Lisberg, both parties intervened. "Amazon asked us to pull the wrap, and the governor called the MTA Chairman to make sure it happened," said Lisberg.

However, a source close to the matter, who requested anonymity because this story isn't absurd enough, insists Amazon never asked to take anything down. 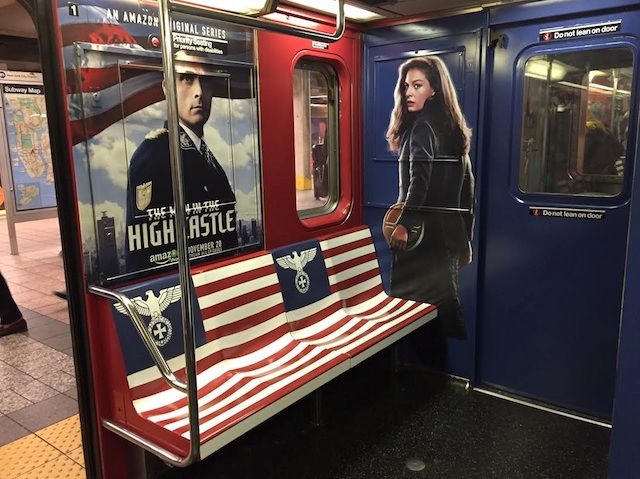 The MTA is standing by its initial assessment that the ads technically meet new MTA standards adopted this spring. "The updated standards prohibit political advertisements. Unless you’re saying that you believe Amazon is advocating for a Nazi takeover of the United States, then it meets the standards. They're advertising a show,” Lisberg told us on Monday.

The same standards initially stalled ads for menstrual underwear designed by OUTFRONT Media, the same company behind the campaign for The Man In The High Castle. However, the MTA ultimately approved them, following a public outcry.

Mayor de Blasio also spoke up on Tuesday, stating that "while these ads technically may be within MTA guidelines, they’re irresponsible and offensive to World War II and Holocaust survivors… Amazon should take them down." 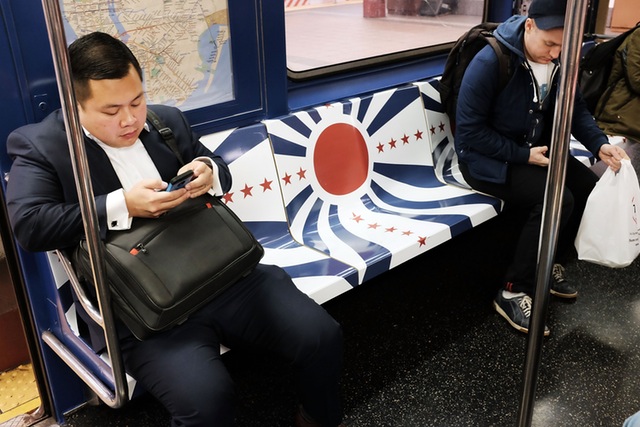 Amazon issued a statement on Tuesday that did not mention the ads' removal.

"Amazon Studios creates high-quality, provocative programming that spurs conversation,” the company said. “‘The Man in the High Castle’, based on an acclaimed novel, explores the impact to our freedoms if we had lost World War II. Like ‘Transparent’ and the movie ‘Chi-Raq’, stories that society cares about often touch on important, thought-provoking topics. We will continue to bring this kind of storytelling to our customers."

Evan Bernstein, the Anti-Defamation League’s New York regional director, spoke to the ad's jarring impact on Monday. "On the television program, which explains this is the notion of an America controlled by Hitler, you get that context," he said. "On the train, seeing the American flag paired with a Nazi symbol is viscerally offensive, because there is no context as to what it means."

#mat ads
#MTA
#speech
#the man in the high castle
#times square shuttle
#original
Do you know the scoop? Comment below or Send us a Tip