For the second time this summer, shark sightings near Nauset Beach in Cape Cod have closed the popular beach. In July, a 12 to 14-foot Great White Shark was captured in a dramatic photo following a blue kayak. But in the last week, there have been multiple shark sightings—and they've been swimming closer and closer to shore (as you can see in the photo above). "Jaws alert - 7 great whites spotted off Chatham and Orleans today. Experts have been tagging some of them," tweeted Jonathan Hall from 7 News.

The first shark was spotted Thursday at the Massachusetts beach, and then on two separate occasions, “several” great whites were seen Friday, according to the Cape Cod Times. As a result, officials said the beach will be closed throughout the busy Labor Day weekend. Nevertheless, some people have insisted on going and dipping their feet in the water—so if you're thinking of heading there this weekend, you've advised not to bring any seals with you: 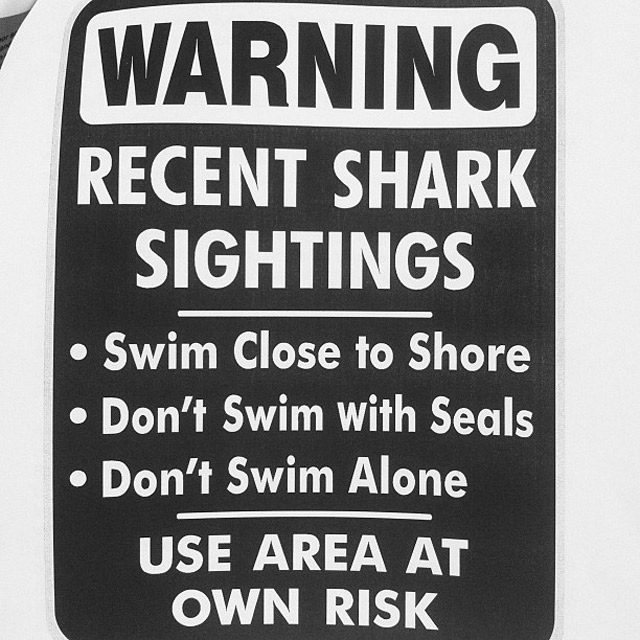 #beach
#cape cod
#jaws
#Massachusetts
#sharks
Do you know the scoop? Comment below or Send us a Tip