Can't Obama Just Tell Giuliani He Loves Him So He'll Shut Up?

What a treat to wake up and discover that former mayor of 9/11 Town Rudy Giuliani is still out there making word sounds with his mouth-hole flaps. Of course it wasn't enough that the media lavished attention on him yesterday for saying Obama hates America and has a biased view of the Crusades. Giuliani is a sad, lonely powerless creep who only has a tattered 9/11 blanky to keep him warm at night (he calls it his "Osammy"), so he's going to keep feeding the Internet's HateClick Machine until, like some mutant John Henry, his heart explodes.

You'll recall, unfortunately, that Giuliani was at a fundraiser for likely presidential candidate Governor Scott Walker of Wisconsin on Wednesday night when he revealed how hurt he is that Obama does not love him. "I do not believe, and I know this is a horrible thing to say, but I do not believe that the president loves America,” Giuliani told those in attendance. "He doesn’t love you. And he doesn’t love me. He wasn’t brought up the way you were brought up and I was brought up, through love of this country."

Sources say Giuliani then proceeded to describe, in graphic detail, how a real president should go about loving America. His love advice is far too NSFW to quote here, but suffice it to say that Giuliani's approach involves copious amounts of warm oil drizzled on Michigan's Upper Peninsula.

And after everyone on the left delivered their round of "What? Fuck this guy!" #HotTakes, Giuliani came back for an encore, this time in a chat with the Times, which was curious to know what exactly he meant by "he wasn’t brought up the way you were brought up and I was brought up." In a blog post perfectly headlined "Giuliani: Obama Had a White Mother, So I’m Not a Racist," the Times reports:

“Some people thought it was racist — I thought that was a joke, since he was brought up by a white mother, a white grandfather, went to white schools, and most of this he learned from white people,” Mr. Giuliani said in the interview. “This isn’t racism. This is socialism or possibly anti-colonialism.”

Mr. Giuliani said his remarks on Wednesday night were in response to a question about what kind of president he would like to see elected in 2016. He responded, he said, by telling the audience that he wanted a leader who was Mr. Obama’s opposite.

“I want an American president to raise our spirits again, like a Ronald Reagan,” he said.

Mr. Giuliani said he also objected to the president’s comments about the Crusades at the National Prayer Breakfast this month, in which Mr. Obama said that during the Inquisition, people had “committed terrible deeds in the name of Christ.”

“Now we know there’s something wrong with the guy,” Mr. Giuliani said of the president. “I thought that one sort of went off the cliff.’’

When it comes to going off a cliff, Giuliani certainly knows the terrain. Where to even begin? Maybe his argument that the not-so-subtle racist dog whistle he blew in Obama's direction is being misheard because Obama isn't really that black? Nope, there's our migraine again. Can we just focus on Giuliani's notion that Obama doesn't care enough about America's awesome colonial empire? No no, there's that wave of nausea. Let us simply recall that golden era when Ronald Reagan was president and everyone's spirits soared. Also, what kind of ahistorical crazy talk is it to suggest that Christian Crusaders did terrible deeds?! Obama must resign. 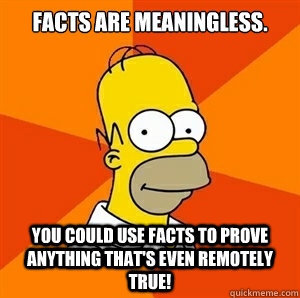 "I don't feel it," Giuliani said. "I don't feel this love of America (from Obama). I believe his initial approach is to criticize this country, and then afterwards to say a few nice things about it." Seriously Barry, you can't keep pushing America down the stairs and expect your empty compliments to heal her broken bones.

Whoa terrorists are dangerous? Does Obama even GET that? And if Obama doesn't tell America he loves her at least twice a day, how can he possibly keep her safe? Empty rhetoric is the only thing that's ever kept freedom alive.

N.B.: This will be the last Giuliani HateClick compilation of the week, if only because we're running out of ways to say "fuck this guy." But we did ask an intern to help prepare us for next week:

#love
#obama
#rudy giuliani
#sex advice
Do you know the scoop? Comment below or Send us a Tip