"Cannibal Cop" Is A Jailhouse Cook

"'Don’t stand too close to the oven, and that kind of thing,'" is what Valle's fellow inmates are known to quip, according to his mother Elizabeth Valle, who adds that the chef job is perfect for her son because it helps him "kill time." She insists her boy "is not the monster they portray him to be. He’s innocent. The only thing he’s guilty of is being stupid enough to be on that website [DarkFetish.net, a cannibal "fantasy" website]."

In addition to the kidnapping rap, Valle was found guilty of improperly accessing a law enforcement database to gather personal information about potential targets. Prosecutors say Valle plotted with others he met on fetish websites to abduct, torture and eat women, including his own wife, who discovered the conspiracy on his computer and immediately ran out of the house with their baby daughter wearing just the clothes on her back. But Valle's lawyers maintain all of this was just a sick fantasy that their client never intended to act upon.

Anyway, fix yourself a nice steaming bowl of Cream of Feet and read more about the "Cannibal Cop" and his poor mother at the Daily News. Meanwhile, we have no idea what the world's come to when the NY Post misses out on a juicy cannibal cop scoop and gives its cover over to Michelle Obama and an important issue. We miss the NY Post of 24 hours ago! 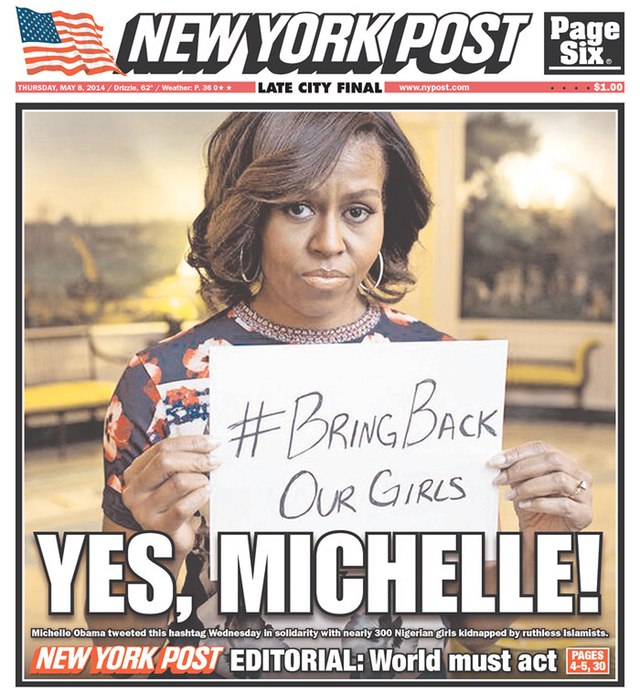 #cannibal cop
#cannibalism
#tabloids
Do you know the scoop? Comment below or Send us a Tip