Can New York City Lead The Fight Against Climate Change In The Age Of Trump?

Mayor de Blasio, Governor Cuomo, and Michael Bloomberg are among the local, state, and corporate officials pledging to fight climate change following President Trump's Thursday announcement that he is ending the U.S.'s commitment to the Paris Climate Accord.

De Blasio is among 61 U.S. mayors who have announced their plans to abide by the terms of the Paris agreement even as Trump withdraws U.S. support. Cuomo also said Thursday that he is joining the governors of Washington and California to create a coalition of states committed to the climate pact. This morning, Cuomo also announced plans to build $1.8 billion worth of renewable energy infrastructure, including wind, solar, and hydro power facilities, and solar panels on and around schools and public buildings. Financing details for those projects aren't fully spelled out in the announcement.

Meanwhile, former mayor Michael Bloomberg is rallying local and state officials, university presidents, and corporate executives to form a group that he hopes will negotiate directly with the United Nations about climate issues, and formally commit to the climate deal Trump spurned. It's not clear that a mechanism exists for such an unusual, non-nation conglomerate to be recognized by the U.N. in this context, but what is clear is that across much of the U.S. and among the leadership of practically every other country in the world, Trump's decision is being met with righteous outrage.

The cleavage is perhaps best summarized in this tweet by Canadian Prime Minister Justin Trudeau, whose use of "the United States federal government" echoes the longstanding distinction that anti-war activists draw between despots and the people they govern.

We are deeply disappointed that the United States federal government has decided to withdraw from the Paris Agreement.

So what exactly is the Paris Climate Accord?

The climate agreement, signed in December 2015, is remarkable more for the fact that 195 countries signed onto a document stating their commitment to reducing carbon emissions than for the force of its actual details. The pact states a commitment to reducing the rise in global average temperature to 2 degrees Celsius, or 3.6 degrees Farenheit above preindustrial levels, or 1.5 degrees if possible. It also outlines a commitment by industrialized countries, starting at $100 billion a year, to help industrializing countries switch to renewable energy sources and adapt to climate change. To accomplish an eventual peak in carbon emissions followed by reductions and a halt in the global temperature climb, signers agreed to reduce emissions, not right away, but starting in 2020. That year, participants are also supposed to submit a long-term plan outlining how they will accomplish the larger goals.

During the negotiations and following the deal, climate scientists and activists were quick to point out that the accord is essentially voluntary, as it carries no enforcement measures for those countries that fail to keep up their end of the bargain. Also, the world is already 0.9 degrees C warmer than preindustrial averages, and at current emission rates is projected to rise above 2 degrees by 2050, and over 4 degrees by 2100. Even a 2-degree increase, the putative goal of the climate pact, is projected to doom some Pacific Island nations, and put much of the U.S. coastline underwater, including substantial swaths of New York City.

Below is part of a map showing land less than 20 feet above the high-tide line, a level that the ocean is expected to rise eventually if not in the next century under a 2-degree Celsius increase. 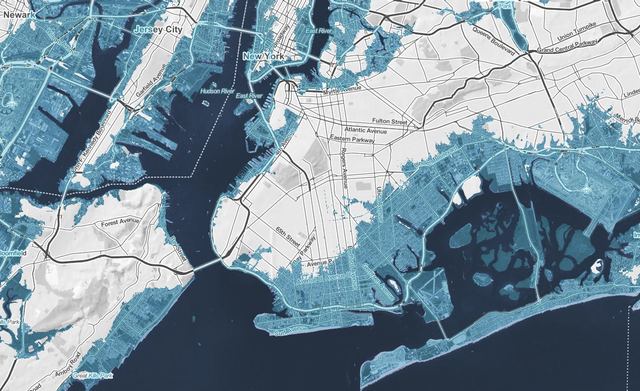 Meanwhile, 2016 was the third straight hottest year on record, sea levels around New York are projected to rise a foot by 2030, and thousands of New Yorkers are predicted to die annually from extreme summer heat by the 2080s if dramatic changes aren't made.

The worse news: Even under the specific emission reduction levels pledged under the Paris accord before the U.S. pulled out, the Earth would still surpass a 2-degree increase, cruising to around 3 degrees. In other words, countries signed up to all meet at the 2-degree mark without roadmaps showing how they'd get there.

How much can America's people and institutions do to stop climate change without the federal government? Bob Orlove, a senior research scientist at the International Research Institute for Climate and Society and a professor at the Columbia School of International Public Affairs told us:

City officials can, in some ways, make decisions that have stronger impacts on emissions than national leaders can. Cities invest in transportation systems. Cities manage a large chunk of real estate and can seek to retrofit their buildings...[O]f course no city in the world is a major player in emissions—the United States and China together each account for perhaps 20 percent of the world's emissions. No city accounts for even a tenth of that. And yet, cities are seeking to reduce their own emissions, I think because they recognize the importance of action in this area. 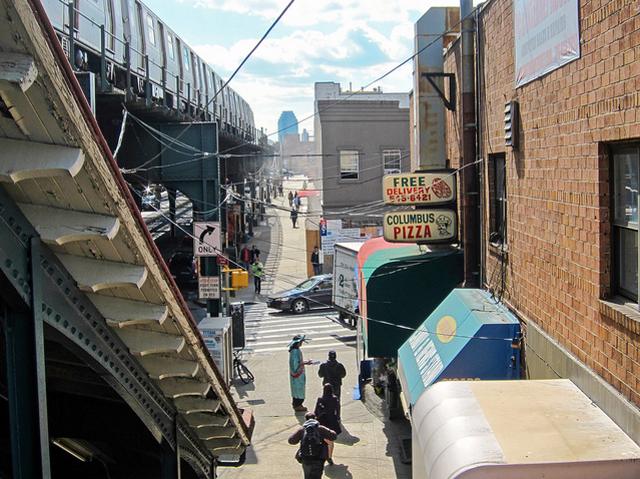 As for New York, to paraphrase Ed Koch, how're we doing? Cuomo's car obsession and de Blasio's daily caravanning from the Upper East Side to Park Slope aside, if the world is going to heat up at a less alarming rate, it would do well to become more like New York City. New York City is home to more people than all but 11 states, according to New Yorker writer David Owen, but if it were its own state it would rank 51st in per-capita energy consumption.

New York's density means that the average city household consumes less than half of the electricity of the average American household, and 54 percent of New Yorkers don't own a car.

In 2015, de Blasio updated Bloomberg's sustainability plan with the OneNYC initiative, which aims to reduce the city's greenhouse gas emissions 80 percent by 2050. It proposes to do this in large part by increasing buildings' energy efficiency—buildings account for almost three quarters of the city's carbon emissions—and by reducing the trash sent to landfills by 90 percent by 2030.

If the city is to maintain its status as a sustainability leader, its stewards are going to need to do more of this—banning Styrofoam would be a solid step, for example—and invest more in its crumbling public transit and its cycling infrastructure. They're also going to need to commit less energy to symbolic light shows, to demeaning climate activists, and to building developer-pleasing streetcars in floodplains.