New York has had its share of mammoth, impregnable governors. There was Thomas Dewey, the reform dynamo who nearly became president, and Nelson Rockefeller, the heir to America’s vastest fortune, an eventual vice president, and the only governor to win four terms. And of course, Theodore and Franklin Roosevelt ran New York before they ran America.

Andrew Cuomo, now entering his third term, hopes to join those ranks. Cunning, vindictive, and legacy-obsessed, Cuomo is the first governor in decades to so thoroughly dominate the workings of his state. Because he ran a re-election campaign with few clear goals and messages beyond what he had accomplished already, his third term ambitions are largely blank—and could be steered by forces he has tried to tamp down or destroy entirely in previous years.

Thanks to activism spurred by the election of Donald Trump, Democrats took a commanding majority in the State Senate on Tuesday for the first time in a decade. In actuality, Democrats haven’t governed the Senate with such a mandate in a far longer time, thanks to more than a half century of Republican rule.

Now what? The narrative might seem clear-cut. The Democratic majority is overwhelming and, in theory, united. All kinds of progressive initiatives squelched by Republicans are now on the table. Many of them can be passed and quickly signed into law.

It is very likely Democrats, with Cuomo’s blessing, will pass the Reproductive Health Act, which would codify the Roe v. Wade decision into the State Constitution, since New York’s abortion laws haven’t been updated since abortion was legalized here in 1970.

The Child Victims Act, a bill extending the statute of limitations for survivors of child sex abuse, will pass. Early voting and same-day registration will come to New York. The DREAM Act, granting tuition assistance to undocumented immigrants, should sail through. Stronger gun control laws will become a reality.

Reforming the most egregious aspects of New York’s campaign finance law should be doable, like closing the loophole that allows LLC’s to circumvent donation limits and lowering how much individuals can give to campaigns. How far they will go will depend on Cuomo—our laws have allowed him to amass campaign war chests unheard of in other states.

Criminal justice reform, now in vogue even among the centrist Democrats who once cried law-and-order, will have a real hearing with Republicans gone. Since Cuomo has evolved on legalizing recreational marijuana and ending cash bail, Democrats in the Senate will feel more emboldened to follow New Jersey’s lead on both initiatives.

Charter schools will have a less friendly reception in 2019, though few Democrats are talking openly about repealing a Cuomo-engineered law that forces the city to pay their rent. Cuomo will set the parameters of this fight, if it ever emerges.

And it is on the most ambitious pieces of legislation—those most fervently embraced by progressives—where Cuomo might balk and the new Democrats, for all their crackling energy, could fold. Albany is not the campaign trail. Cuomo is no longer a distant presence. In every sense, he is the king of the realm.

Raising taxes on millionaires to fund the MTA—or fund anything? Taking Cuomo’s lead, the incoming majority leader, Andrea Stewart-Cousins, is shooting it down. Cuomo and some Senate Democrats favor congestion pricing, which will only pass if Cuomo truly wants it to pass. Suburban Democrats could hesitate to throw tolls on the East River bridges; if congestion pricing fails, Cuomo can blame their opposition. 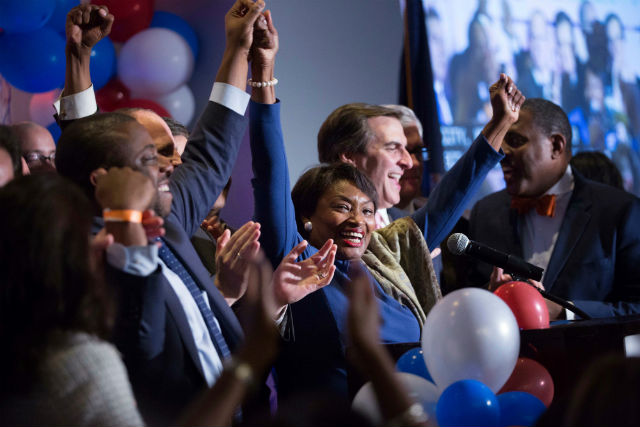 Even if congestion pricing passes, it won’t be nearly enough to fund the MTA’s looming shortfalls. Cuomo has expressed no interest in top-to-bottom reforms of the transit authority, including reining in bloated construction costs and a corruption-plagued procurement process. Easier transportation fixes—more red light cameras in school zones—are low hanging fruit for the Senate Democrats, as well as Cuomo.

Now that the Republicans are vanquished, Cuomo may hunt for Democrats to co-opt. There are now more than enough Democrats to pass the New York Health Act, which would create a statewide single-payer healthcare system. Up front, it will cost a lot and pose an existential threat to the private health insurance industry.

Cuomo is not firmly in support of it. Soon, with enough pressure, others might not be either. State Senator Michael Gianaris of Queens, the second-ranked Democrat, said on WNYC Wednesday that implementing single-payer in New York is “a very, very complicated issue,” a factual statement that also belies support for the NY Health Act may not be as strong as it seemed.

It was easy for Democrats to back a bill that once had no hope of passage. If Cuomo actively works against the NY Health Act or seeks to water down, he will apply pressure on the Democrats he campaigned hardest for to keep the bill stalled in the legislature. It will be up to activists on the outside, the same groups who initially powered the movement against the IDC before institutional forces decided it was a cause worth fighting for, to hold the Democratic conference accountable.

The Real Estate Board of New York, the real estate industry’s chief lobby, dominated Albany by funneling millions to Cuomo and the Senate Republicans. They are already redirecting their cash to Democrats, especially moderates beyond New York City. What do they get for their money? It was always easier for upstate and suburban Republicans to sell out New York City tenants.

Most Democratic senators can’t quite do the same. But the most radical fixes for our housing crisis could be bought right off the table.

Will Cuomo-loyal Long Island Democrats back the idea of universal rent control, championed by city insurgents who won this year, or a repeal of the Urstadt Law, which gives the state the power to control the city rent laws? Will they consider these and back off when Cuomo gets them on the phone?

The major labor unions who spent millions to elect Democrats in the suburbs are now wholly beholden to Cuomo. And an incredibly influential union that traditionally backed Republicans in the Senate, 1199 SEIU, is firmly with Cuomo.

As long as he’s interested, Cuomo will run this state because our laughable campaign finance laws allow him to spend $32.5 million to get re-elected. He will replenish his coffers soon. The wealthiest special interests in the state (real estate developers, the financial industry, the charter lobby) will pour money into his campaign again to buy shelter from the progressives from New York City.

For the first time this year, Cuomo aggressively campaigned for state senate candidates. On Long Island and in New York City, he asked them to sign policy pledges that could, eventually, pit the regions against each other. When the music stops, Democrats who’ve been skeptical of Cuomo and hope for revolution in the Senate will have to take stock of a new reality: senators who feel, or are told, they owe their elections to Cuomo’s muscle.

Cynthia Nixon’s challenge was significant in part because she was a mainstream candidate able to shed some light on the breadth and depth of Cuomo’s influence. It was also notable anti-IDC candidates stormed to victory as Cuomo rolled Nixon over—it was if voters were either nimbly performing cognitive dissonance or snubbing yet another high profile politician from the entertainment field.

Nixon’s loss was a lesson for future Cuomo challengers, if they ever come so emboldened again: you will meet an avalanche of money. Cuomo spent almost $28 million on his primary alone. The general election, in a state that doesn’t vote Republican anymore, was a formality.

Absent a primary challenger who can at least quintuple Nixon’s haul, Cuomo is here to stay. And his persistence, his inevitability, lends him profound leverage over anyone who gets in his way. Progressive Democrats scored a tremendous victory in 2018 by convincing institutional powers, like labor unions and elected officials, that a Democratic Senate was worth fighting for—and they got a majority resoundingly.

Now what will this Senate do? What will Cuomo permit it to do? How far will they push a naturally centrist governor beyond where he wants to go to achieve the most ambitious aims of a grassroots movement that now demands so much more? How these questions are answered will determine the livelihoods of millions of New Yorkers who only dimly understand how Albany works. Next year will be of great consequence to everyone.