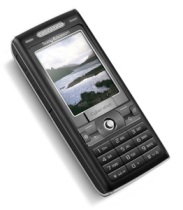 Hollaback! A man was arrested for menacing, stalking and exposing himself to a woman on the B and Q trains on Monday. The Post reports that the police caught 24-year-old Jay Arungah after the victim showed them a camera phone picture of a naked Arungah.

The 30-year-old woman's subway ride sounds harrowing: She was at the Avenue M station at 8PM and she noticed Arungah staring at her. From the Post:

When they boarded the train, Arungah lit a ciga rette - and then exposed himself to her, she said.

She said she tried to change seats, but he followed her, still exposing himself.

"You could tell by his face he was just really creepy," she said.

When the train pulled into the Kings Highway station, the woman tried to escape, but Arungah crept behind her and pressed himself against her, police said.

She tried to get a fellow rider to help her by yelling, "Mister! Mister!"

But the straphanger just looked up, saw the fracas and promptly stuck his nose back in his book.

When the doors finally opened, she rushed onto the B train, only to be followed by Arungah - still exposing himself, police said.

She took the photograph, got out at Sheepshead Bay and called the 911. The Post says that Arungah was arraigned and "had to be taken out of the courtroom once for failing to pay attention."

Last month, a survey from Manhattan Borough President Scott Stringer said that subway sexual harassment and assault incidents were largely unreported. You can send your subway harassment war stories to Hollaback NYC. And while we understand that sometimes straphangers don't want to get involved with other incidents, the behavior of the other passenger on this subway is terrible.