The cabbie who careened up onto a midtown sidewalk and seriously injured a British tourist Tuesday afternoon is grief-stricken and remorseful—but he also says cyclists are to blame. Mohammed Faysal Himon, 24, crashed into Sian Green, 23, as she sat on a planter eating a hot dog at 6th Avenue and 49th Street. The crash happened moments after an angry confrontation with a bike messenger, and Himon says he panicked because the cyclist was screaming at him.

“He was in my way and I got upset, so I gave him notice that I wanted to pass through,” Himon tells the Post. "He started pounding on my car with his hands and was yelling things at me. I suddenly felt like I had to get out of there. It was becoming a bad situation. So I accelerated to get in front of him.”

Himon doesn't recall how he ended up on the sidewalk pinned against Green. “I don’t know how, but I just lost control of the car,” Himon tells the Post. “I was in shock.When I crashed, I didn’t even see the lady. At first, I didn’t think I hit anyone, then I saw her foot by my car. I can’t get it out of my mind... I personally feel that if that man on the bike didn’t bang on my car, maybe this would not have happened."

The Post, of course, loves this angle, and digs up dirt on the cyclist, Kenneth Olivo, 40. Police sources tell the tabloid Olivo has been arrested 22 times, "including a recent bust for threatening to decapitate a man and kill his family." (Translation: When will Bloomberg require mandatory background checks for cyclists?!) Olivo was also struck by Himon, but not seriously injured. 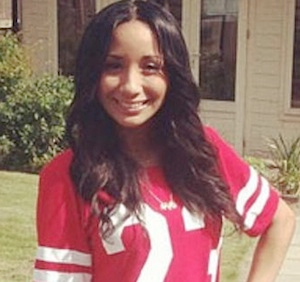 Neither the cyclist nor the cab driver have been charged with any crimes, and the investigation is still ongoing. But Himon, who has been fined numerous times for speeding, running a red light, and driving in a bus lane, knows who's to blame—and the Post is eating it up. "A lot of bikers disregard the bike lanes and drive wherever they want,” Himon tells the tabloid. "The city wastes a lot of money by giving them all these bike lanes, and for what?"

Meanwhile, medical experts tell the Daily News it may be impossible for doctors to reattach Green's foot. The crash severed her left foot (it's the first thing Himon saw outside his cab after he hit her) and mangled her right leg. Doctors had to amputate more of her left leg when she arrived at Bellevue.