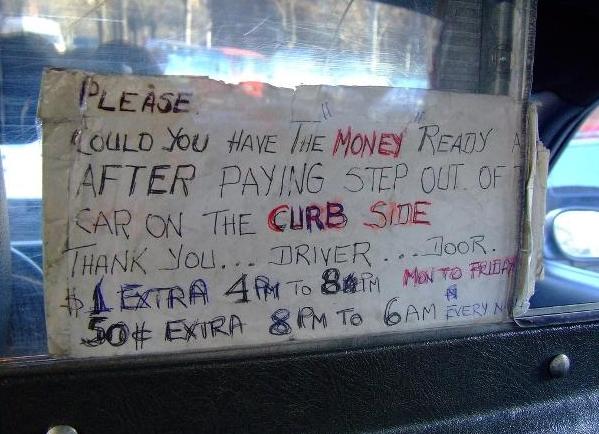 An East Village woman says she was punched in the face by an unhinged cabbie when she insisted on using the taxi’s credit card machine to pay her fare. Tamara Perez had arrived outside her apartment when she realized she was out of cash, so she told the driver she’d be paying with plastic using the self-automated card reader installed in the back.

That's when things got physical. She got out of the car and the driver, whose identity was not known, stepped in front of Perez and pushed her back into the cab. "I give you a punch in the face!" he told her, Perez said. "And he punched me in the face. I ran to the back of the cab, and wrote down the plate number."

Perez then called her husband on her cell phone, but the cab was long gone by that point. The NYPD is investigating, and TLC Commissioner Matthew Daus says that "if proven true ... the TLC will take the necessary steps to revoke [the driver's] license."

We’ve heard reports elsewhere about cab drivers refusing to accept credit cards because they lose up to 5% of their fare on processing and other fees. Last week the TLC announced a sting operation called Operation Secret Rider, intended to crack down on cabbies who violate the “Passenger's Bill of Rights” or, in some cases, violate their passengers. Have you had any hassles with the driver when opting for the card machine?