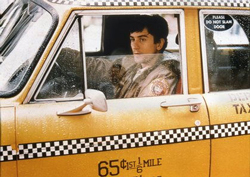 A Columbia Law grad is suing a cabbie for grabbing her by the hair and bashing her head against his cab's partition after calling her and her friend "bitches." According to The New York Post and court papers filed by 25-year-old Mei Ying Lai, cab driver Fazal Wali picked up the young woman on West 51st St., but became impatient when asked to wait for her friend, Nancy Hon, at West 29th St. Hon reportedly wandered off from the meeting point and Wali became infuriated.

Hon entered the cab while Lai and Wali were in mid-argument and the cab driver briefly locked the doors, demanding payment before he threw them out. After an altercation that involved a short race down the block with one of the cab's doors open, Hon hopped out but Wali allegedly grabbed Lai through the partition and started banging her head against the plexiglass. Cops initially addressed Lai as a fare beater, but she was later diagnosed with a mild concussion. Wali had his cab driver license revoked in August.

#court
#doors open
#fare
#hair
#law
#new york
#new york post
#News: NYC
#race
#The Doors
#The New York
#The New York Post
Do you know the scoop? Comment below or Send us a Tip
A new Gothamist is coming! We’ve moved comments over to our beta site. Click here to join the conversation and get a preview of our new website.