Buying Booze for 15-Year-Old is Never a Good Idea 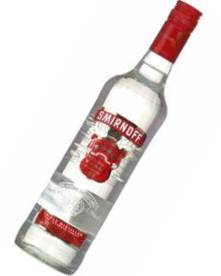 You know a story is going to be good (as in crazy) when it starts "It's a story as old as the drinking laws: A teenage girl convinces a man to buy her a bottle of alcohol." And that's how an article in the Staten Island Advance starts - and it keeps getting better. The leader of a S.I. civic association! Her 21-year-old son! A drunk 14-year-old - and the girl's angry mother!

Frank Ammirato, 21, was working at TJ's Deli and Pizzeria in Midland Beach when a 15-year-old girl he knew asked him to buy her a bottle of Smirnoff Vodka at a liquor store. He agreed, and the girl shared the bottle with her equally underage friends. One of those friends, Tabitha Kehoe, all of 14, got drunk and fell, breaking a tooth. When her mom Kathleen found out how the kids got a hold of the vodka, she went to TJ's to confront Ammirato, who admitted his role (the pizzeria's owner fired him). Then his mother Yasmin Ammirato, the head of the Midland Beach Civic Association, was called.

Kathleen Kehoe claims Yasmin Ammirato asked her, "Is there a way I can rectify the situation? Let me pay restitution," so she wouldn't press charges. Ammirato denies ever saying that to Kehoe, claiming the angry mom is trying "to discredit me through my son...My son made a big mistake, and they're making a big deal because I'm the president of the civic." She added that her son would go to court "to do what he has to do."

Two weeks ago, two 14-year-old underage Newark teens were seriously injured when climbing out of an apartment window (using tied-together sheets) because they had been drinking and were afraid of their mother finding out (and it turned out another friend's mother bought them the alcohol!). As for Tabitha, her foray into underage drinking has wrought punishments as well. Her mom took away her computer and MySpace, leaving Tabitha to tell the Advance she would ""Never drink again."