Busta Rhymes Does No Time 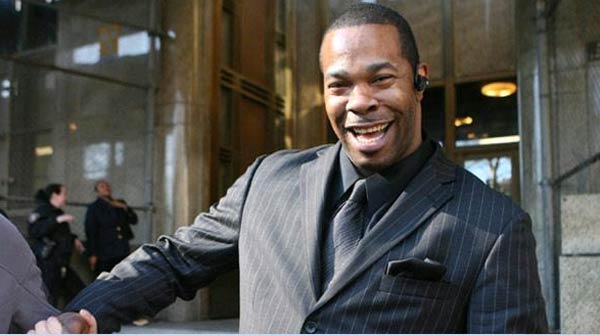 In exchange for guilty pleas on a number of charges including assault of a fan, assault of his chauffer, driving with a suspended license and DUI, rap star Busta Rhymes avoided jail time and was sentenced yesterday to 10 days of community service. Sadly, we’ll be denied the publicity circus that swirled around Boy George and Naomi Campbell during their very public community services; Rhymes will have the privilege of choosing his own method of service at a “private, court-approved location.” (Will there be an after-party?) He’ll also pay fines and court costs amounting to – yes this figure you're about to read is correct – $1,510.

And he’ll be on probation for three years, which is an eternity for a guy who’s been arrested four times in 10 months. Any trouble with the law during that time could mean a year in jail for his prior offenses. What makes us think we’ll be seeing more corny “Busta Busted!” headlines before 2010’s over? Oh, and Rhymes still refuses to cooperate with the investigation into the 2006 slaying of his bodyguard, Israel Ramirez, father of three.

On his way out of court the rapper declared, "I believe in the system! It hasn't failed me personally yet." How street is that? As long as the system keeps deferring to the rich and well-connected, it must be working! Crack open the Courvoisier, Busta – and never you mind that the U.S. prison-industrial complex incarcerates a greater percentage of blacks than South Africa during apartheid.