Bush and Clinton Together! 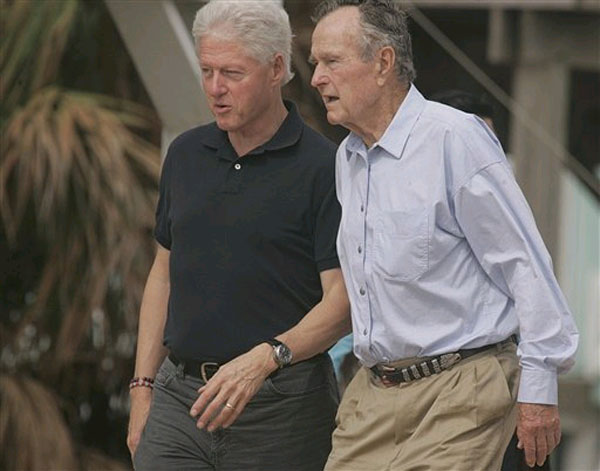 Former Secretary of State James Baker (and a major player in the Florida doings during the 2000 election) said they hoped to raise more than the $1.5 million they had, but added, "These are not the best times in the world to raise money." Yet Clinton said, "I think we can get money. You look at how much money has been given to both political parties in the last six weeks. People do care."

And Senator Hillary Clinton is in Hempstead, at Hofstra to watch John McCain and Barack Obama debate at 9 p.m. (EST). Can you believe the election season is almost drawing to an end?