Bus Driver Runs Over Pedestrian At Bowery And East Houston

A pedestrian was left in serious condition after he was struck by the driver of a bus on East Houston near Bowery this afternoon.

According to FDNY, the victim was hit around 4:30 p.m. He was taken to Bellevue Hospital in serious but stable condition, and was alert during the ambulance ride over. 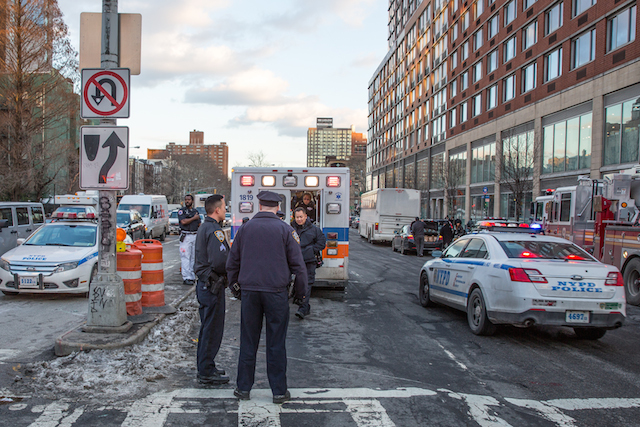 Photos reveal that the driver remained at the scene. It's unclear what circumstances surrounded the crash, nor whether the driver was charged, but we'll followup when more information becomes available.

#east village
#pedestrian struck
#vision zero
Do you know the scoop? Comment below or Send us a Tip
A new Gothamist is coming! We’ve moved comments over to our beta site. Click here to join the conversation and get a preview of our new website.