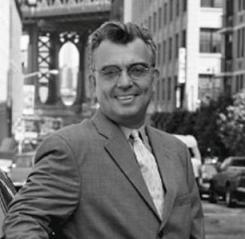 Architect Robert Scarano, who has been charged with violating city building standards at 32 properties, has an ally at the Department of Buildings. The Daily News is reporting that Patricia Lancaster, the department's commissioner, hid Scarano's mistakes, signing a stipulation in which she promised not to report Scarano to any regulatory agency that could revoke his license.

The News article is part of its I-Team Special Investigation unit. Reporter Brian Kates explains that Lancaster promised not to provide regulators "any information or documents that form the basis for the [department's] assertions and allegations" and said she would hide the information from the press, "except to say that the matter has been resolved satisfactorily."

Specifically, Lancaster hid a charge that the architect signed off on unsafe conditions at the site where Anthony Duncan Sr., a construction worker, was crushed to death in 2006 when a building collapsed. In exchange, Scarano removed himself from the department's self-certification program. Here's what Duncan's son said:

"If they are not going to pursue Scarano to the fullest extent, then who are they going to pursue?" asked Duncan's son, Anthony Jr. "It's like they're laughing in my face ... Scarano is still working, but my father is dead."

Several other deaths, reportedly due to carelessness, occurred at Scarano sites. Brooklyn's "bad-boy" architect, as the Brooklyn Paper put it, also has been cited for ignoring zoning regulations.

The Real Deal recently quoted Scarano: "I very happily go through what I used to before self-certification. The extra scrutiny brings a higher level to the way we do our work. Now we are forced to dot the i's and cross the t's -- but we still push the envelope."

In light of the Lancaster debacle, "extra scrutiny" has a whole new meaning.

Update: According to Department of Buildings spokeswoman Kate Lindquist, the State knew of Scarano's misdeeds at the time of the stipulation, which was used to remove Scarano from the Professional Certification Program. She likened it to a plea bargain that "gets a licensed professional out of the system immediately."

#brooklyn
#brooklyn paper
#construction
#daily news
#death
#department of buildings
#Jr.
#news
#News: NYC
#patricialancaster
#regulations
#robert scarano
#robertscarano
#secretdeal
#special
#the daily news
#The News
#The Real Deal
Do you know the scoop? Comment below or Send us a Tip
A new Gothamist is coming! We’ve moved comments over to our beta site. Click here to join the conversation and get a preview of our new website.