The most ominous building in #NYC

The former AT&T Long Lines Building, the mysterious skyscraper that has blighted New York's skyline since 1974, is 29 stories tall, has no windows, and seems to completely disappear at night. And, according to a recent report by The Intercept, it's likely home to one of the NSA's most important surveillance sites.

The architectural firm John Carl Warnecke & Associates designed the building to be a "20th century fortress," and it is—the brutalist building, located at 33 Thomas Street, can withstand a nuclear bomb, protect its inhabitants from toxic radiation, and once held enough food to sustain 1,500 people for two weeks in the event of a catastrophe.

Documents leaked by Edward Snowden and obtained by The Intercept suggest that 33 Thomas Street may also be the location of a top-secret NSA surveillance site codenamed TITANPOINTE. Although none of the documents explicitly disclose the building's address, the evidence—including architectural plans, public records, and interviews conducted with former AT&T employees—points to 33 Thomas Street as its location.

One of the documents, a 2011 travel guide for NSA employees, discloses that the site is located in New York City and instructs visiting employees to first go to the FBI's New York field office—located just over a block away at Federal Plaza. Another travel guide from February 2013 says that a "partner" called LITHIUM—the NSA's code name for AT&T—supervises visits to the site.

AT&T's relationship with the NSA is not new information—and according to public records, 33 Thomas Street is currently owned by the company and at least partially managed by its local subsidiary, the New York Telephone Company.

Employees who visit TITANPOINTE coordinate their trips with AT&T and the FBI, including an FBI "site watch officer." The 2011 guide tells employees to hire a "cover vehicle" through the FBI, especially if they're transporting equipment. And, in order to keep their identities secret, employees are instructed to not wear any clothing with NSA badges or insignia. 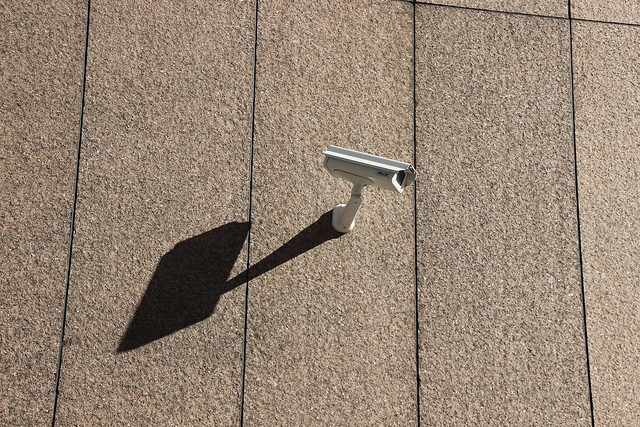 After arriving at TITANPOINTE, agency employees are instructed to ring the buzzer, sign in, and wait for a person to come meet them. According to The Intercept, 33 Thomas Street has a buzzer outside its entrance and a sign-in sheet in its lobby and is manned by a guard 24 hours a day. A Google review from earlier this year says that the building is "covered with brand new security cameras all around it."

A former AT&T employee told The Intercept that 33 Thomas Street houses a major international "gateway switch" that routes phone calls between the U.S. and other countries.

Documents leaked by Snowden in 2013 refer to a surveillance program called BLARNEY, which was established in the 1970s, the same decade that the NSA was embroiled in a scandal regarding the domestic surveillance of anti-Vietnam War activists, civil rights activists including Martin Luther King, and at least two journalists.

According to the documents, BLARNEY leverages "commercial partnerships"—with corporations including AT&T—in order to carry out "full take" surveillance, or the bulk collection of content and metadata.

TITANPOINTE is listed as one of three "core sites" in NSA documents dated between 2012 and 2013, and is described as "BLARNEY'S site in NYC." Since July 2010, the NSA had obtained at least 40 court orders for spying under BLARNEY, which allowed them to monitor communications from countries, companies, and international organizations including the World Bank and IMF, the European Union, the United Nations, and at least 38 individual countries.

"This is yet more proof that our communications service providers have become, whether willingly or unwillingly, an arm of the surveillance state," Elizabeth Goitein, co-director of the liberty and national security program at the Brennan Center for Justice, told The Intercept. "The NSA is presumably operating under authorities that enable it to target foreigners, but the fact that it is so deeply embedded in our domestic communications infrastructure should tip people off that the effects of this kind of surveillance cannot be limited to non-Americans."