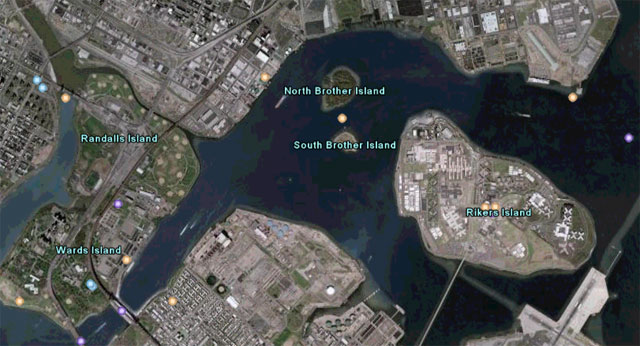 The city's last privately owned island was sold to the federal government for $2 million. South Brother Island, a 7-acre island (just west of Rikers Island), will be turned over to the city's Parks and Recreation Department and will remain, as amNew York reports, "significant nesting colony for several types of shore birds, including Egrets, Cormorant, and Night Herons."

According to the NY Times, the deal, which was "brokered by the Trust for Public Land and financed with federal money secured by United States Representative José E. Serrano" of the Bronx, was "complex" (non-profit The Point and the Wildlife Conservation Society chipped in money to buy the land). Serrano told AMNY, "You know the way New York is. Eventually somebody would have bought and decided to tear it all up We can have one place in the great metropolis to see how it used to be." 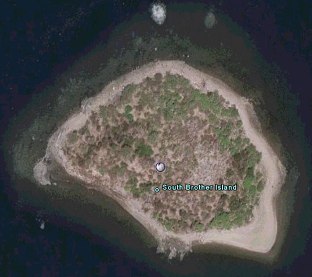 The island was previously owned by Jacob Ruppert Jr., the brewery magnate and congressman who co-owned the Yankees when Babe Ruth was traded from the Red Sox. He had a summer house on the island, but it burned down in 1907 and South Brother Island remained largely undeveloped since. After that, the island had a number of owners, including the city, which sold it to Hamptons Scow for $10 in 1975. The Times calls Hamptons Scow a sand and gravel company, while AMNY says it's an investment company; either way, it now stands to make $1,999,990 in profit on the 32-year investment.

Forgotten NY has a good look at the history of South Brother Island and its neighbor, North Brother Island (North Brother Island is where Typhoid Mary was sent and near where the ship, the General Slocum, in 1904 burst into flames, killing over 1,200 people), as well as some photographs. And Ruppert's great-great-nephew K. Jacob Ruppert told the Times, “There’s no beautiful lagoon. It’s a mound of bird poop. But there are beautiful birds. I never thought I could walk up to a swan on her nest. The ground is nothing but bird droppings and broken egg shells.”