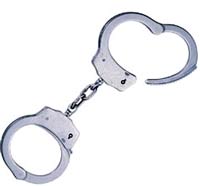 As concerns over citywide construction-related fatalities grow, the Brooklyn DA's office has charged a site owner with manslaughter, after a worker died in a March trench collapse.

William Lattarulo was building a commercial building up at 791 Glenmore Avenue in East New York, which is next to his house at 795 Glenmore, and had decided not to hire a contractor to oversee the job, though he was not qualified to do so (a savings of $90,000). Even though a consultant had warned him the site was dangerous (the foundation day laborers were building was much deeper than the one next door), Lattarulo kept at work, even telling concerned workers not to worry, until, on March 12, the neighboring wall caved in and killed Lauro Ortega.

Lattarulo was charged with manslaughter, criminally negligent homicide and reckless endangerment, and officials said other construction-related prosecutions could come. However, Lattarulo told the Daily News he believed he was a scapegoat, "They're just looking for someone to blame for all this. They're going to make me pay." And Newsday reported his lawyer as saying, "It was an accident and accidents happen at construction sites," and also blasting the city for having press conferences instead of inspecting job sites.

Ortega was an illegal immigrant; the NY Times spoke to his brother, who said Ortega "sent more than half of his weekly salary of about $700 to his wife and two children in Ecuador."