Brooklyn rapper and club promoter Frank Snyder was hosting a birthday party at a Queens bar this weekend when a gunman pulled up outside and opened fire, fatally shooting Snyder in what witnesses say seemed like a "targeted" killing.

The NYPD received a report about a man shot at the Tavern Lounge on Jamaica Avenue at 3:13 a.m. on Sunday. Upon arrival, officers found 35-year-old Snyder—who went by the stage name Hollywood Play—outside, with gunshot wounds in his neck and leg. EMS transported Snyder to nearby Jamaica Hospital, where he was pronounced dead. 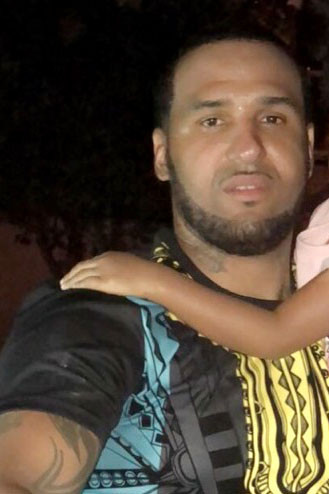 Police said that Snyder was attending a birthday party at the bar, although his Instagram suggests he was the host. "He happened to go outside with a small group of people," an officer told Gothamist, at roughly the same time "a black sedan rolled up." The gunman started shooting from the car's passenger side, hitting only Snyder.

"They targeted him," Snyder's sister and Tavern Lounge bartender Tiesajah Reynolds told the NY Post. "There was a couple other people outside. I feel like they had to wait for the right moment to get him. I don't understand, why him? Why come after him? They had to be waiting for him."

Reynolds expressed a similar sentiment to NBC 4, but said she didn't know who the shooter was or why they'd seek out her brother. Snyder, a father of six, according to the News, reportedly put on shows and events at the lounge on a weekly basis.

Authorities have not identified a suspect in the shooting, and said Monday that the investigation is ongoing. Snyder's friends and family, meanwhile, remain shocked.

"When I woke up and saw [on social media] 'RIP,' I'm like, no, not my man Frankie. And my first thought was, damn, I hope he didn't pass away in a car accident," rapper Chedda Boss told the Post. "I would never have thought he'd gotten shot, because that's not the kind of life that he lived."

Snyder's mother told the Daily News, "He was just a great son. He always came last. Everyone else came first. He was kind to everybody. They took somebody who was really good away from me. I saw him before he left last night. He told me, 'Ma, I know I don't talk to you enough, but I'll talk to you when I get home.' I said, 'OK, I love you.' And those were the last words I ever said to him."

#frank snyder
#queens
#rapper
#shooting
Do you know the scoop? Comment below or Send us a Tip
A new Gothamist is coming! We’ve moved comments over to our beta site. Click here to join the conversation and get a preview of our new website.