Not only do Brooklyn parents want their babies allowed in bars, they want to make sure their kids get to play with broken toys. Families who frequent the Harry Chapin Playground in Brooklyn Heights are upset that the Parks Department has been removing toys left there for children to play with. According to the Post, toys have been left there for decades, leading "some parents nicknaming the playground the 'Island of Misfit Toys'."

The playground has also been referred to as a "graveyard" for "garbage toys." Still, a mother revealed on a Yahoo forum that she filed a complaint with the Parks Department. The Parks Department tells the Post that they are "discard[ing] broken toys that do not meet our safety standards." Further, while some parents claim that many toys are not broken, the Parks Department adds that there shouldn't be any toys left there, because there's no staff to deal with them and make sure kids are playing with them safely. 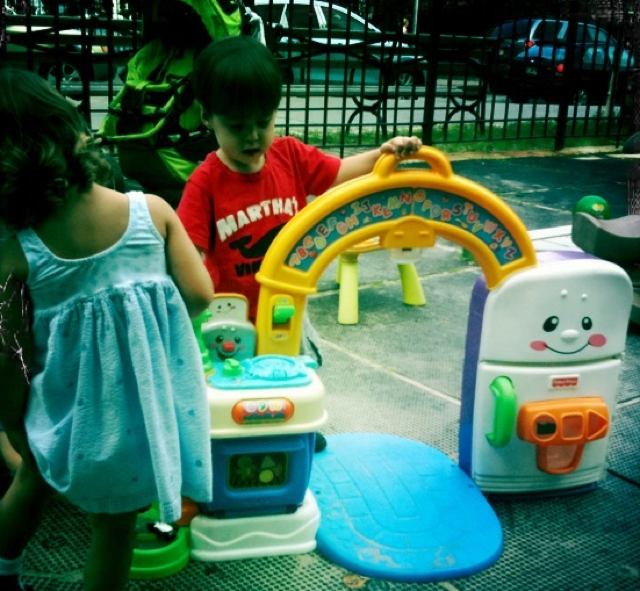 One child's broken toy is another child's new toy! (Photograph by Karen Dobkin)

One mother posted on the Yahoo forum, "It’s really a shame. I was thinking of donating some more toys but won’t if someone is going to take them away." However, father (and Gothamist publisher) Jake Dobkin confirms, "A lot of those toys are really broken."